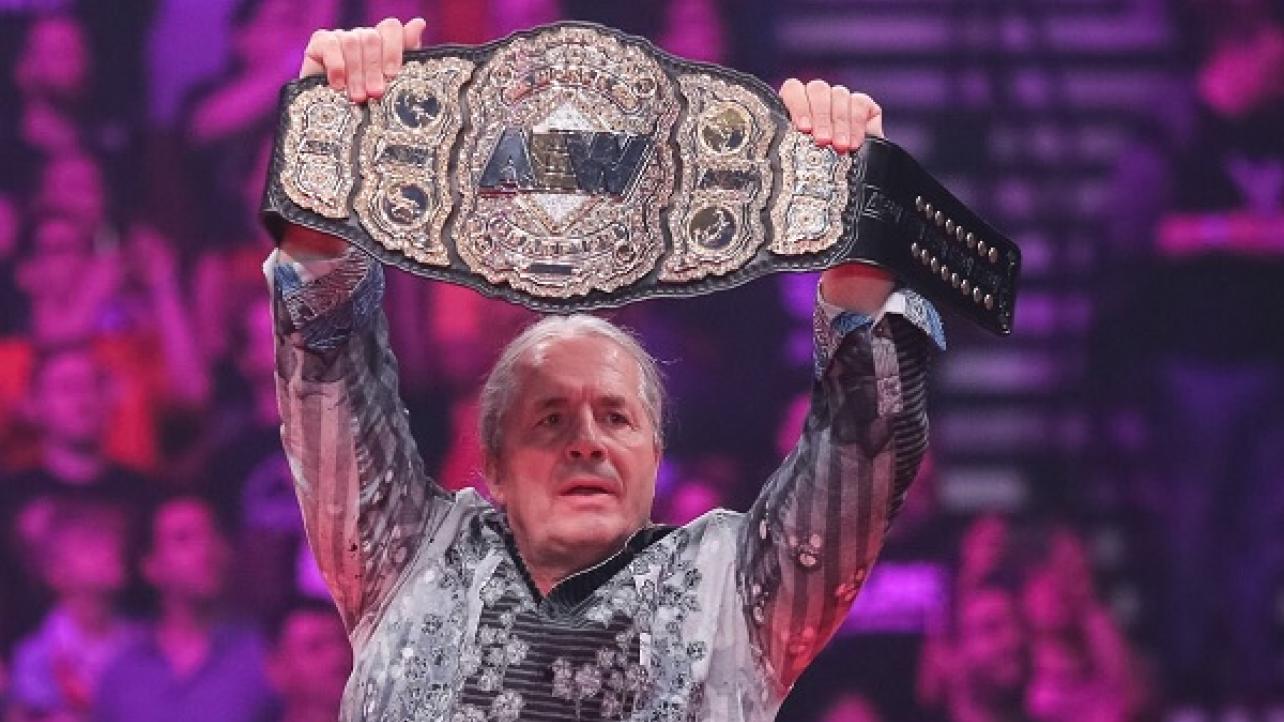 Bret Hart surprised a lot of fans when he walked out during AEW Double Or Nothing holding the new All Elite World Title. He praised the title for being beautiful and although his introduction might have been interrupted, at least nobody tackled him like he was at the WWE Hall Of Fame.

If you want to check out our complete results for the AEW Double Or Nothing event you can click here.

Bret Hart commented the next day thanking AEW for this opportunity. He said that when Cody Rhodes called him he couldn’t say no. He didn’t address any future plans for working with AEW, but Bret Hart is obviously a fan of what they are doing.

Thank you @allelitewrestling for having me present the new AEW World Championship at #DoubleOrNothinglast night. When @americannightmarecody called me personally and asked me to be the presenter, I couldn’t say no. I have great respect for everyone involved and what they’re trying to accomplish, and it’s great for the wrestling industry in general.

There is an idea floating around that Natalya might be punished by WWE for what her uncle did at Double Or Nothing. It wouldn’t make any sense whatsoever if that happens so let’s hope that isn’t the case.

The pro wrestling industry will hopefully only see a booming period thanks to AEW becoming a reality and Bret Hart obviously agrees. He also got to be the first person who held up the top title in an AEW ring which is a great honor to have.