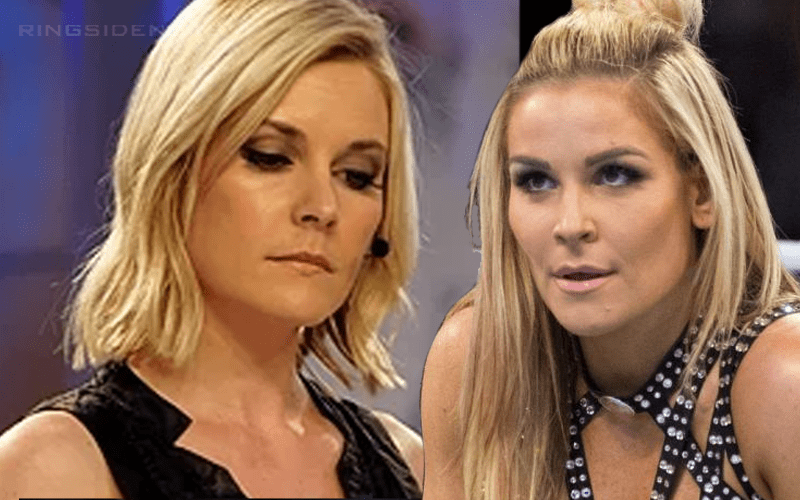 AEW Double Or Nothing was a show filled with some big surprises. Jon Moxley made it known which side he picked when he showed up and Bret Hart might have done the same as he appeared to reveal the new All Elite World Title. This could present a problem for people close to them who are still employed by WWE.

If you want to check out our full AEW Double Or Nothing results you can click here.

Dave Meltzer discussed the possibility of WWE taking their frustrations out on their own Superstars. This idea came up during Wrestling Observer Radio because there were a couple of people who showed up at Double Or Nothing that have family members who still work for Vince McMahon’s company.

“So if they try to get back at her because of what Bret did I just think that’s gonna… I’m not saying they won’t do it, but I’m thinking they may… I’m sure there’s a part of them that will and then I don’t want to make predictions, but if they are thinking and not reacting they would think ‘If we do this it would only make it worse because everyone’s gonna see through it and we’re gonna look like the bad guys.”

Some WWE Superstars did tweet about AEW like 1/2 of the current WWE Women’s Tag Team Champions Peyton Royce. We will just have to see how long the IIconics keep those titles now.

It still might be a good idea to pay very close attention to the verbiage and storylines from this point on. Because AEW certainly fired some big shots at WWE during Double Or Nothing.

WWE is on television for five hours every week right now which provides them with plenty of time to snap back at what Triple H referred to as a “pissant company.”