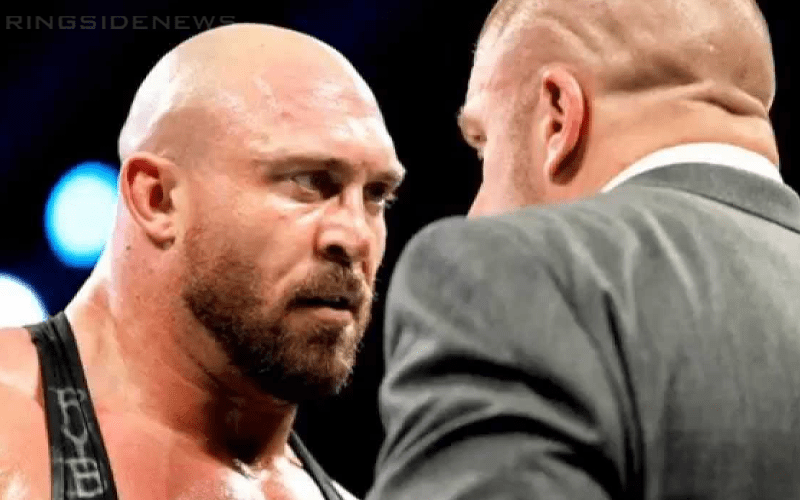 Ryback is no longer in WWE, but he is still paying a lot of attention to what is going on. He recently saw that Mandy Rose got on the cover of Muscle And Fitness Magazine, and although he’s happy for her, The Big Guy is pretty pissed at Paul Levesque.

WWE sent Ryback a threatening legal letter after he left the company where they demanded his domain name, social media accounts, and a lot more. Ryback hasn’t been quiet about how Vince McMahon mistreats his employees either and this is just another story that has yet to be told.

Apparently, Triple H told Ryback that he wasn’t allowed to be on the cover of Muscle And Fitness Magazine. Although Ryback is happy for Mandy Rose it is obviously a sore spot for him as he had a few choice things to say to Triple H.

The Game might not reply, but he certainly saw that notification come through his verified mentions on Twitter. Triple H has been known to like anti-Vince McMahon tweets from time to time only to unlike them immediately afterward. However, it’s unlikely that Ryback will be getting a click from Triple H for this one.