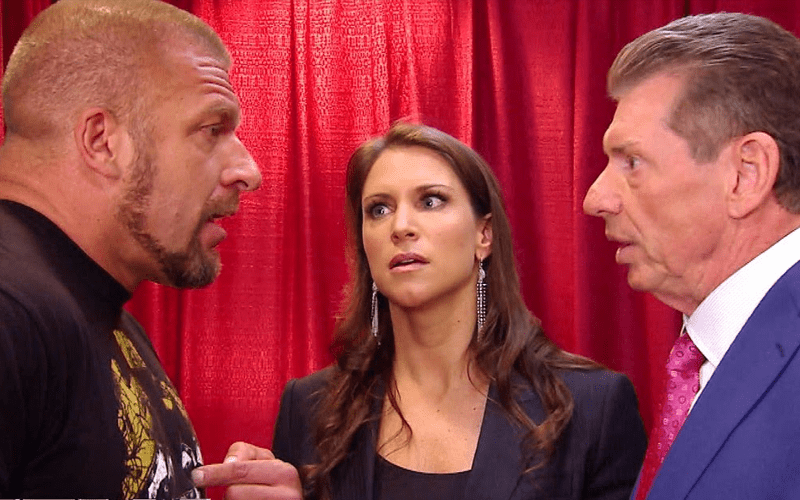 Triple H might be next in line to run WWE’s day to day operations, but Vince McMahon doesn’t seem to be letting go of his control at all.

McMahon’s plate might get very full soon enough with the XFL’s relaunch and one fan seemed to agree. For that matter, so did Triple H.

One fan tweeted out a message saying that if WWE Superstars can “hang in there till Vince switches to his XFL pipe dream next year” then things will improve. This is, of course, if Triple H gains control of the main roster in the process.

I truly believe that if #WWE talent can hang in there till Vince switches to his XFL pipe dream next year (and assuming @TripleH switches to main roster control), things will actually improve. It’s a ways away, but a hard reset + post-fox deal growing pains would do wonders imo

Triple H obviously saw this tweet because he liked it. He quickly unliked the comment on Twitter as well, but this was not before a screenshot was taken to document the social media activity.

This is not the first time Triple H has like a tweet that was obviously anti-Vince McMahon. Therefore, if this shows Triple H’s actual opinion on the matter then there is someone pretty high up in WWE who might agree that Vince McMahon needs to step down.