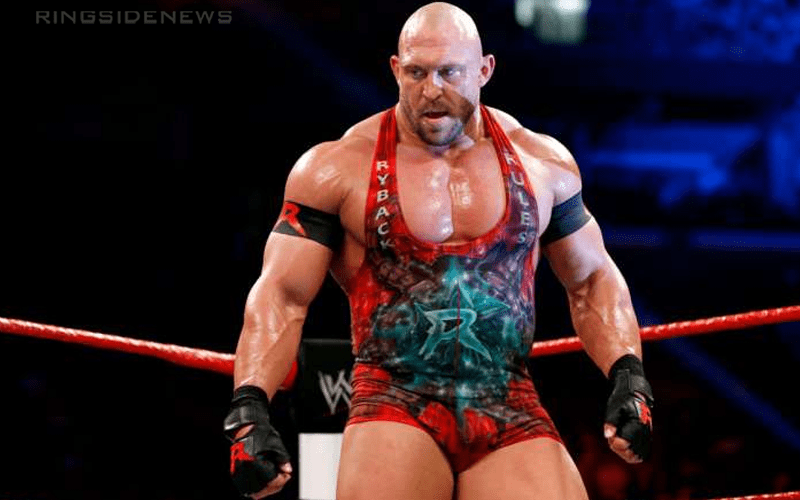 WWE has a lot of problems and some of them are coming into light in a big way. Ryback dealt with WWE until he could leave and he did it in a very intelligent way well before this current influx of Superstars wanting to leave ever started.

At this point, WWE is implementing a scare tactic against Superstars who want to leave. They are tacking on more time to Superstar contracts if they want to go. This could certainly combat Vince McMahon fear of public perception that his Superstars want out.

One fan asked Ryback if he had received such a monster push from WWE if he would feel the same way. This caused another reply from the former Superstar.

100 percent. The entire system is wrong and after they attempted to fire me after their botched ankle surgery with me and forced me to drop the malpractice suit with my job before Punk Match I vowed I was going to be vocal on change. I waited until I got enough money and left.

Ringside News founder Steve From Florida also commented on the matter and Ryback responded saying that he doesn’t care much about the news, but he wants fans to be aware.

Ringside News is dedicated to providing transparent information about the pro wrestling world without a tinge of bias. Therefore, it is our obligation to make such matters known.

I’m not concerned with the news I want fans to understand that the key to change in @wwe is through the Sponsors. That is ONE thing @VinceMcMahon cares about because a large chunk of his wealth Through the talent comes from sponsors.

As this situation with Lars Sullivan continues to escalate, it could see some unintended changes as well.

WWE has been operating in the same way for over 30 years under Vince McMahon Jr’s leadership. Perhaps some of those tactics need to be re-evaluated.