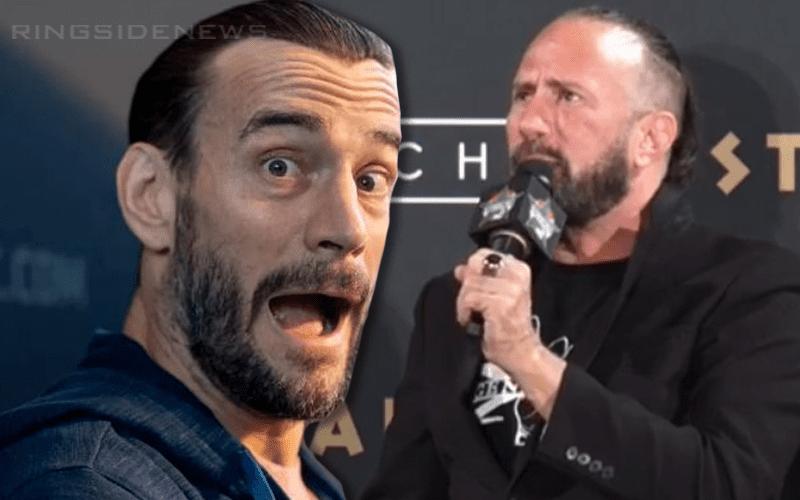 X-Pac has seen a lot of things in his pro wrestling career that started when he was 15-years-old. The trials of the road and everything he saw backstage make him an amazing subject for an interview. Therefore, he had a great time reliving some of his best stories during Starrcast.

During that conversation in front of a live audience, Sean Waltman discussed AEW and how he hopes that they succeed. He is able to openly talk about AEW unlike others, but then X-Pac steered the conversation in a very unexpected direction.

CM Punk was brought up out of nowhere, but it’s doubtful he’ll be at Double Or Nothing. Punk is already booked tonight to commentate an MMA event in California. Then again, Tony Khan owns a private jet and he’s already used it to fly Chris Jericho in for ALL IN before AEW was even a thing.

You can never say never in pro wrestling so X-Pac believes that it would be just too hard for CM Punk to sit this one out.

“When you get TNT on board and a weekly show on that network. I mean they got rid of wrestling and didn’t want anything to do with it again. Look, they have a fresh mind mixed with they’ve got some good experienced people involved with this, but it’s the mentality and the new ideas and the new way of thinking and I really hope it works. I have a good feeling about it.”

“I honestly think that — and I’ve said this — I think CM Punk’s gonna show up eventually. I might be going out on a limb saying it […]I just think it would be hard for him to sit this out. I mean he said I’m not leaving wrestling and I’m not coming back this wasn’t what was going on there was no AEW in the picture, there was none of that.”

The Elite said that the door is always open for CM Punk if he does decide he wants to work with them. CM Punk is still under UFC contract, but it’s unknown if he will fight again. Therefore, Dana White might have no issue allowing him to work with AEW as well.

We will have to wait and see what happens. Even if the Second City Savior doesn’t show up for Double Or Nothing there will be plenty more AEW events along the way in need of big surprises.