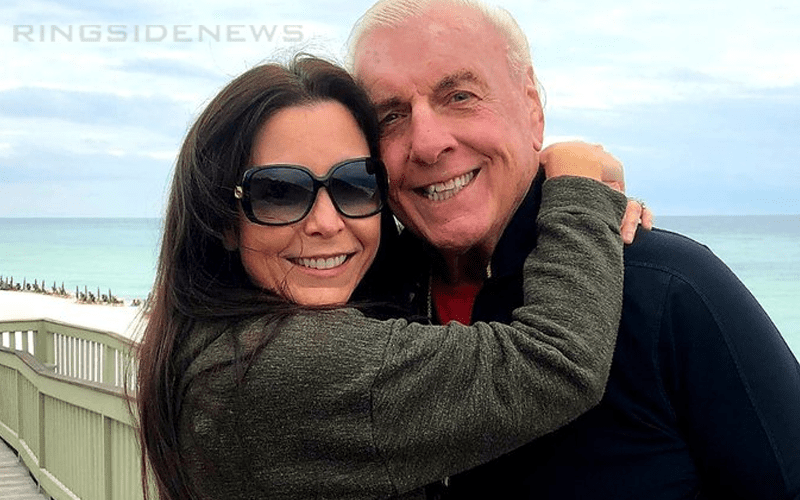 Ric Flair had to undergo a planned medical procedure on Monday. This was supposed to take place last week, but he had complications. Now he will miss Starrcast which is very unfortunate considering that he had two big events planned for his son-in-law Conrad Thompson’s convention.

Flair made it through surgery and is now recuperating at home. This is great news for fans as The Nature Boy shows that he has the determination to keep going and has no plans on stopping.

The two-time WWE Hall Of Famer recently sent out a big thank you to his wife Wendy Barlow. He is “on the mend” and getting better every day, but he couldn’t do it without his supportive wife who he hopes never gets tired of taking care of him.

On The Mend, Getting Better Every Day!!! Thank God For Wonderous Wendy Never Leaving My Side. I Hope She Never Gets Tired Of Taking Care Of The Naitch! It’s A Lot!

It is very unlikely that Wendy Barlow will “get tired” of taking care of The Nature Boy. She has been through a lot with him and they appear to be closer than ever.

Hopefully, Ric Flair never has to undergo another surgery again, especially one that is believed to be heart related. However, if he does fall on hard times again he should know Wendy will be there as well as his millions of fans who all love him and realize that pro wrestling wouldn’t be the same without his endless contributions to the business.