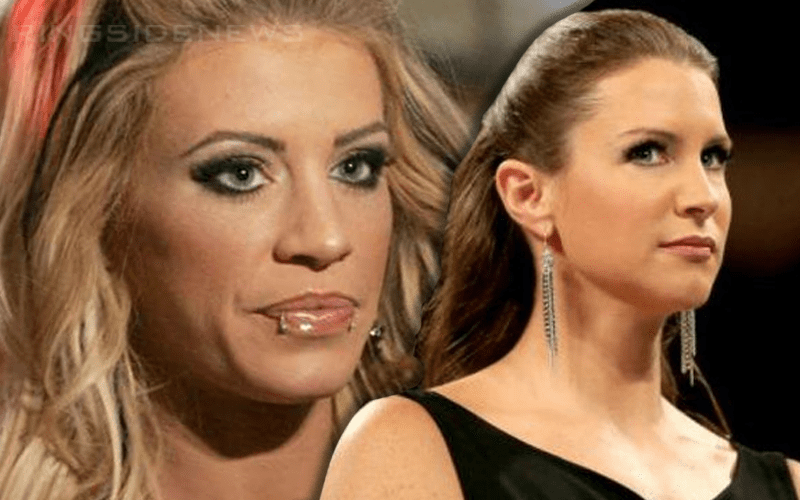 Ashley Massaro took her own life and this is a tragedy that some people are still trying to wrap their heads around. However, this caused her pro wrestling family to rally support in a big way as they helped Ashley’s daughter in her time of need.

If you would like to contribute to the fund to assist Alexa Massaro in getting an education you can click here.

In the sworn affidavit, Ashley Massaro detailed a horrifying experience she allegedly went through while on a WWE trip to Kuwait supporting the troops. She claimed that she was raped by a member of the US Military, but WWE has since denied all of those claims in a blanket statement.

You can read the entire affidavit here.

Ashley Massaro suffered a laundry list of injuries as detailed in the initial email that she sent attorney Konstantine Kyros. In the first-hand statement in the affidavit written in Massaro’s own words she also explained how Stephanie McMahon explained to her that she couldn’t have any pro wrestling training.

During my second week with the WWE, I asked Stephanie McMahon if I could receive wrestling training. Typically, this would have required me to attend WWE’s Ohio Valley Wrestling (OVW) school in Louisville, Kentucky. Stephanie said no, because I would be off TV and I would lose my fan base, and I would lose my spot and the WWE would not give it back to me. The reason for this was that I had been fortunate enough to develop a strong fan base while participating in the Diva Search competition. This however was a double-edged sword. Since I was popular with fans and generating higher ratings and profits for the WWE, WWE would not allow me to take any time to actually learn how to wrestle.

After winning the 2005 Diva Search, Massaro was thrust into the ring without proper training. She suffered a lot of injuries during her short career with WWE with no previous pro wrestling experience. Perhaps if WWE would have allowed her to learn how to take a bump things wouldn’t have been so tragic in her situation.

Fans started a petition to make Stephanie McMahon aware of this situation. However, it appears she might have had previous knowledge about at least some of Massaro’s plight.