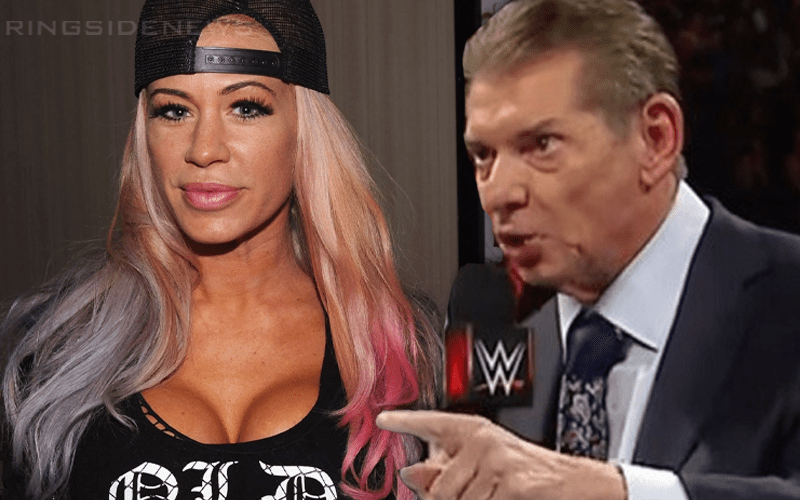 Ashley Massaro is sadly no longer with us, however, before she passed she was involved in a class-action lawsuit against WWE. The affidavit in that lawsuit included some very troubling information. Now WWE is denying it.

In the affidavit written in Massaro’s own words she detailed a trip to the Middle East on a WWE mission to support the troops. Massaro said she was drugged and raped by a member of the US Military during that trip and was later told by Vince McMahon that she should never speak of this. WWE allegedly didn’t want to ruin the relationship between the company and the military.

Now WWE is addressing these accusations which they are denying. They claim no such meeting with Ashley Massaro and Vince McMahon took place and at no time were they even informed those alleged events took place.

WWE is saddened by the death of Ashley Massaro, and we reiterate our condolences to her family. However, we regret that her attorney Konstantine Kyros, who filed multiple cases against WWE, lost all of them, and was sanctioned multiple times by the Court for repeated misconduct and false allegations, is using Ashley’s death to further his malicious campaign against WWE by releasing an affidavit that she submitted to the Court and later apologized to WWE for being involved with, so we wish to make certain things crystal clear.

At no time was Vince McMahon or the management of WWE ever informed by Ashley Massaro or anybody else that she had been sexually assaulted, drugged, raped or sodomized by a military doctor with a nurse standing guard while on a goodwill tour in 2007 to U.S. military bases in Kuwait. In fact, if she ever articulated such a claim to WWE, we would have reported it immediately to the Base Commander.

At no time was there ever a meeting with Vince McMahon, Kevin Dunn, John Laurinaitis or other company executives in which she told them of such a claim and was instructed to keep it quiet.

Ashley Massaro is sadly no longer with us so she can tell her side of the story. However, this is a lengthy enough statement from WWE that it certainly got their attention. They are refuting this story claiming to have no knowledge of this pro wrestling horror story.