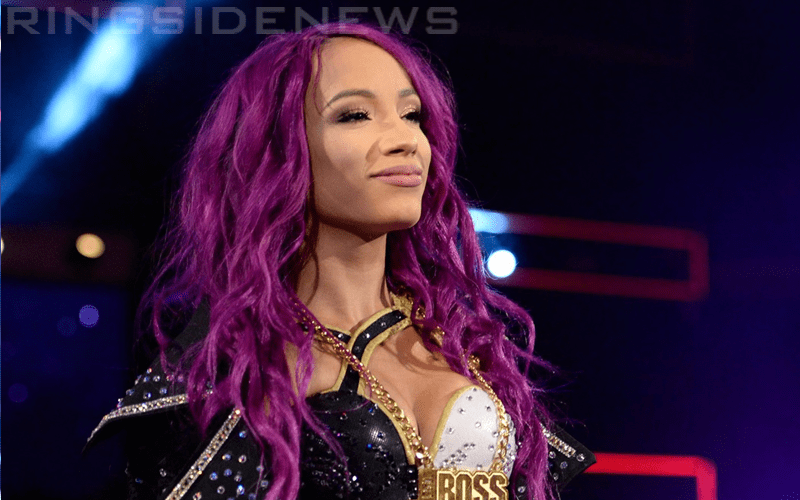 Sasha Banks hasn’t been on WWE television since WrestleMania, but she’s not done with the company at all. In fact, she was reportedly taking part in some WWE business this week.

PW Insider reports that Sasha Banks was in New York City on Wednesday for WWE business. She was supposedly working on some material for WWE’s next installment in their 2k video game franchise.

Sasha Banks was in the NYC area this past Wednesday for WWE.  One source we spoke to believed she was working on material for the next WWE video game release.

Banks keeps a very close circle of information regarding her next moves with the company. If she doesn’t want information out then it’s not likely to be released. However, it might be hard to hide that she took part in this WWE 2k promotional activity.

With this new information it could certainly signify that Banks’ return to WWE is only a matter of time. However, it is also important to note that if she was in NYC for the upcoming video game then that deal might have been through 2k Sports and not specifically WWE.