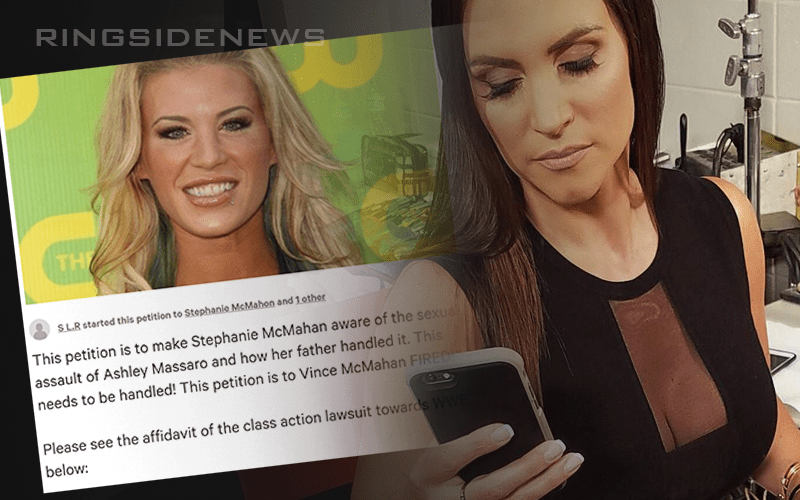 Ashley Massaro is sadly no longer with us after apparently taking her own life by hanging. This is a tragic story and our hearts go out to everyone involved in this situation.

Massaro was such a happy person by all outward appearances, but she kept a very dark story hidden from public view. Now the details of this horrible incident are being released following her passing.

She claimed to have been raped while on a WWE trip to the Middle East and this assault was said to have been orchestrated as a gift for a serviceman’s birthday present. It sounds like something out of a terrible movie, but it is all too true according to a recently released affidavit where she told the story in her own words.

At this point in time, WWE has yet to comment on this situation. Now there is a petition online to at least make Stephanie McMahon aware of this situation.

Ringside News has been sent a petition from Change.org that was started by one of our awesome readers. This petition only wishes to make sure that Stephanie McMahon knows about the content in Massaro’s affidavit.

You can click the link provided if you wish to sign this petition. According to Ashley Massaro’s sworn affidavit, she was also told by Vince McMahon that it would be best to keep this situation from going public because they didn’t want to ruin the great work that WWE was doing with the US Military.

Now this story has gone public, but sadly, Ashley Massaro is no longer with us to see her story told.