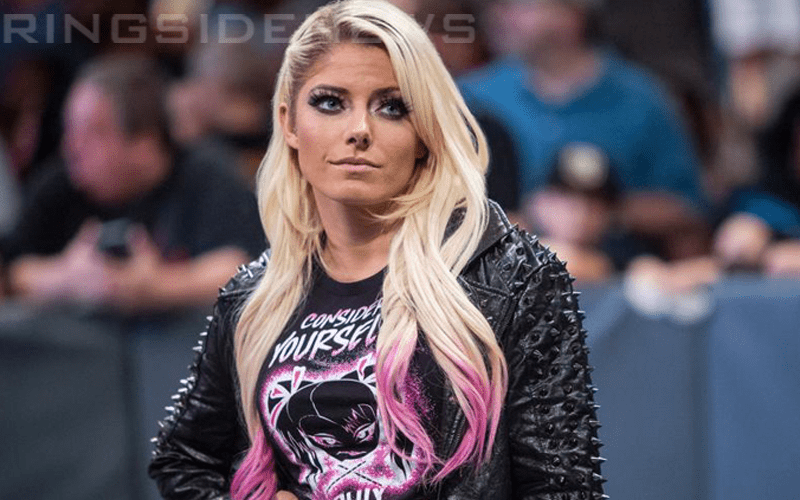 Alexa Bliss was set to compete in the Money In The Bank ladder match this Sunday. However, she wasn’t medically cleared to compete.

While Dave Meltzer reported that she was being pulled for precautionary reasons, WWE had a feeling that she couldn’t work the big ladder match. This is why Nikki Cross was written into the storyline as a replacement. Bliss also didn’t work any of the latest round of house show dates on WWE’s European Tour either.

Alexa Bliss obviously read Ringside News’ report via Mike Johnson which said she has a concussion. With her previous concussions you never know what could cause WWE to make her retire from in-ring competition. Then the five-time champion replied to RSN’s report.

My career is just fine. Thank you for the concern though

Honestly, we are concerned for Alexa Bliss, but that goes for anyone who is suffering from an injury.

The fact is that even if Bliss never wrestles again her position in WWE is likely to be fine because she has proven that the company can use her in other roles. Hopefully, that isn’t the case though.

Zelina Vega felt like she needed to chime in with a comment about Bliss sneezing and making news. No, sneezing won’t cause anyone to make a headline unless it causes a concussion.

Head injuries are no joke and with Bliss’ track record, when a concussion is reported then there could be some serious cause for concern. So Alexa is free to sneeze to her heart’s content. She just needs to take care of herself.