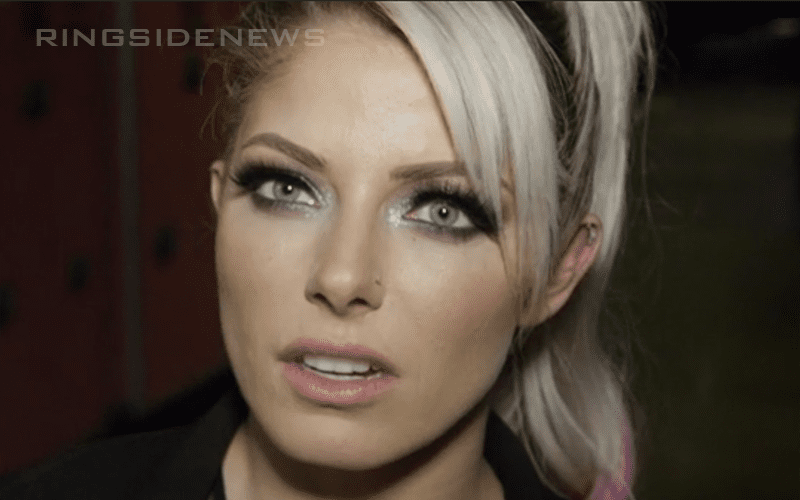 Alexa Bliss was pulled from the Money In The Bank ladder match and a suitable replacement will be announced soon. Bliss might have wanted to win her 2nd MITB ladder match, but she wasn’t medically cleared.

Dave Meltzer notes on F4Wonline that Alexa Bliss was pulled for an injury that was more of a precautionary measure. She has also not been working any matches on the latest round of overseas touring.

The exact type of injury is still unknown, but WWE pulled her from the MITB ladder match just because of the nature of the match. It can get rather brutal so the company just didn’t want to take any chances. It was noted that this injury isn’t serious, whatever it is.

It was also noted that this “suitable replacement” is expected to be figured out backstage in the next couple of hours. However, you know that WWE could just wait until just before the event or during the show itself to announcement her Bliss’ replacement.

For the record, we’re pulling for Nikki Cross.