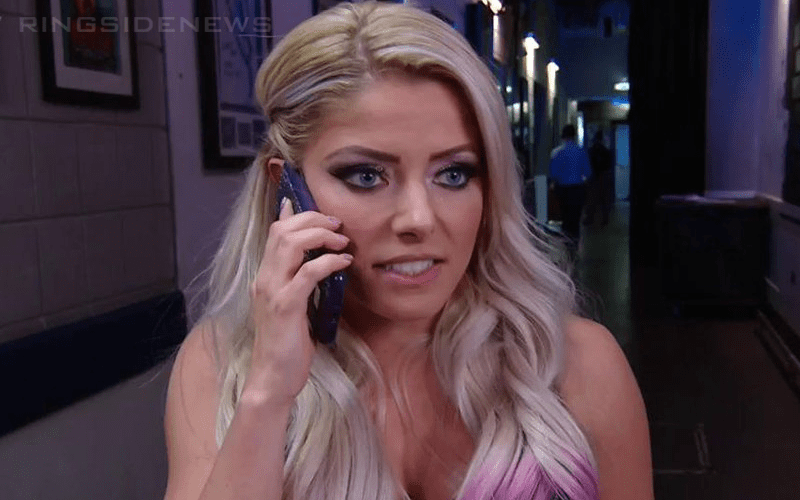 Alexa Bliss is unable to work the Money In The Bank ladder match. It is said that her injury isn’t serious, but she isn’t medically cleared. Now it appears that the company has a replacement ready that they already had set up.

Bryan Alvarez noted on Wrestling Observer Radio that some people were wondering why WWE had Nikki Cross act as Bliss’ replacement on RAW and end up winning her match. The reason was because WWE knew about Bliss’ injury and they were preparing Nikki Cross to take her place.

“The one woman not in Money In The Bank won that match. What in the world is going on here? It’s ridiculous… well, amazingly it wasn’t ridiculous.”

It should be noted that as of this writing, WWE’s article on Bliss’ injury still says “A suitable replacement for Alexa will be announced” and we have seen no such official announcement, but it is apparently coming.