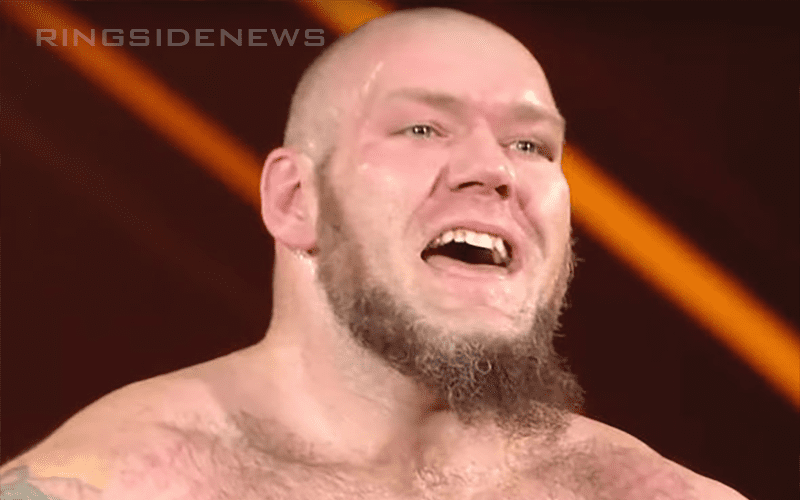 Lars Sullivan said some really heinous things on a bodybuilding message board before he was signed with WWE. Ringside News brought them up in November last year, but they recently resurfaced in a big way.

This caused a huge fine for The Freak of $100,000. He also must attend sensitivity training. He might not have won over all of the fans though as the IWC continues to troll him.

Mike Johnson was asked on PW Insider why WWE didn’t fire Lars Sullivan. After all, the company has cut ties with Superstars for less in the past. Vince McMahon almost fired Titus O’Neil for touching him after Daniel Bryan’s retirement.

The general thinking is that Sullivan is staying with WWE because the company didn’t want him to go elsewhere.

They didn’t want to fire Lars and hand him off to someone else in my estimation. So, they fined him.

Lars Sullivan’s push is likely to continue in WWE. He hasn’t had an official match on television yet, but that will soon come. If anything, these recent remarks and all the heat he’s getting from the WWE Universe might only stand to help how Vince McMahon considers him an effective bad guy.