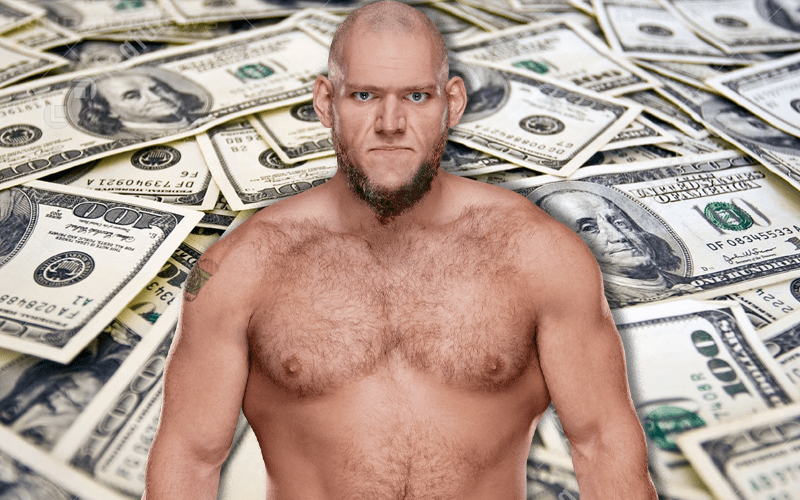 Lars Sullivan is yet again a very popular topic of conversation in the IWC for the wrong reasons. He was fined $100,000 after sponsors complained about message board comments he made years ago. Those comments took place when Sullivan was between the ages of 18 and 25-years-old.

Now the 30-year-old Superstar has a huge fine to pay because of his days as an internet troll.

Dave Meltzer discussed this fine and how huge it is on Wrestling Observer Radio. To his knowledge Sullivan is now tied for the 2nd largest fine in WWE history.

“I know some people thought that stuff was not real, the fine’s real.”

“I mean they publicly announced the number and they’ve never done that before. I mean there have been guys to get fined. Steve Austin got fined $250,000 if you remember for walking out and Dave Bautista got fined $100,000 for blading when he was told he wasn’t supposed to. Those are the two biggest fines I’ve ever heard. There might be others, but those are the two I’ve heard.”

“So this would be tied for the second biggest fine in the history of the company as far as I know.”

It was noted that WWE knew about this situation for a while although it’s doubtful that they were aware of it when hiring Lars Sullivan. If WWE was aware of the message board comments when he was being hired then odds are the company wouldn’t have signed him.

Lars Sullivan now has a huge fine to pay off which will likely take some time to accomplish. It is up there with Batista’s fine for blading during a match with Chris Jericho in 2008. In case you need a refresher of that match you can check it out below.