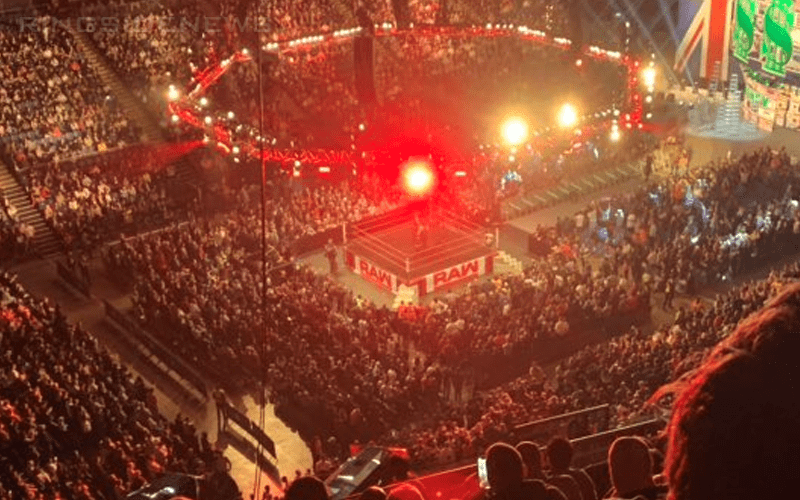 WWE had some major issues during WrestleMania 35 when lights they installed for ambiance ended up blinding a ton of fans during the AJ Styles vs Randy Orton match. This caused quite a bit of issues because the company refused to issue any refunds for straight-up blocking view of the ring.

If you want our complete RAW Spoilers for tonight as they take place you can click here.

It looks like the company might have made another crucial lighting error in London at the O2 Arena. The venue looks packed from where we can see and fans are even in the upperdeck. However, that doesn’t mean they can see.

WWE’s lighting rig has a few lights positioned to point directly up into the faces of fans in the upperdeck of the O2 Arena. Some have already complained about this because they can’t see the show.

Hopefully, WWE will realize their error and turn the light off. Then again, they also aren’t used to playing to arenas with filled-up cheap seat areas either so this botch might be somewhat understandable.