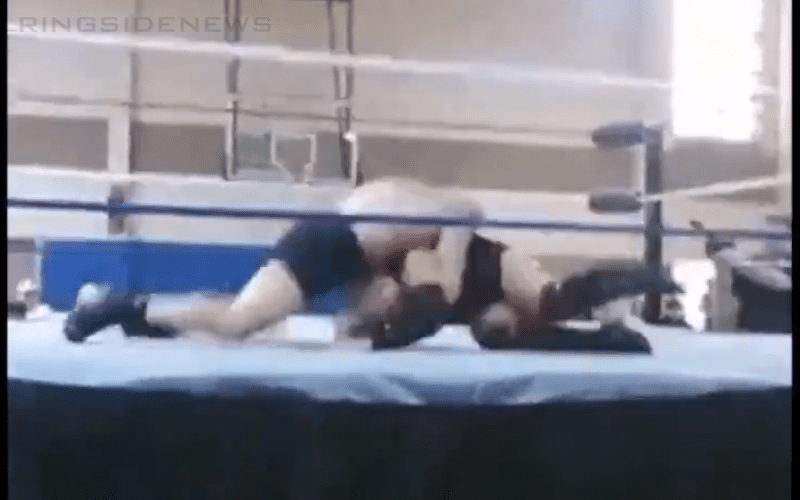 Sometimes things can get real in the ring when they aren’t supposed to. It is one of the aspects about pro wrestling that is both a blessing and a curse. Because things need to appear real in the ring, but there is also an agreement and a trust held between wrestlers that they will take care of each other. This is not one of those instances.

Matt Koon sent out a few email blasts yesterday informing the IWC of a dangerous worker on the indies. Because Brad Anderson stepped in the ring and totally shot on his opponent.

“True Story:
At the show today, Brad Anderson (son of Gene) “Shot” on the kid he was wrestling, started beating him up for real, then was choking him out, and the other wrestlers had to intervene and insisted on Anderson leaving the premises. @mitchellpwtorch was there. The kid wasn’t expecting it, nor should he have.

This was apparently a “receipt” for an angle last month that involved Brad Anderson’s son. Every wrestler was outraged, and everyone in the audience was shocked.

Again, not an angle. This dude tried to seriously hurt him. For real”

We’re not sure what the backstory of this beatdown was, but it wasn’t pretty at all.

You can check out the video below, but we must warn you that it is pretty disturbing. Hopefully, indie promoters will take this into consideration the next time Brad Anderson comes up in conversation.