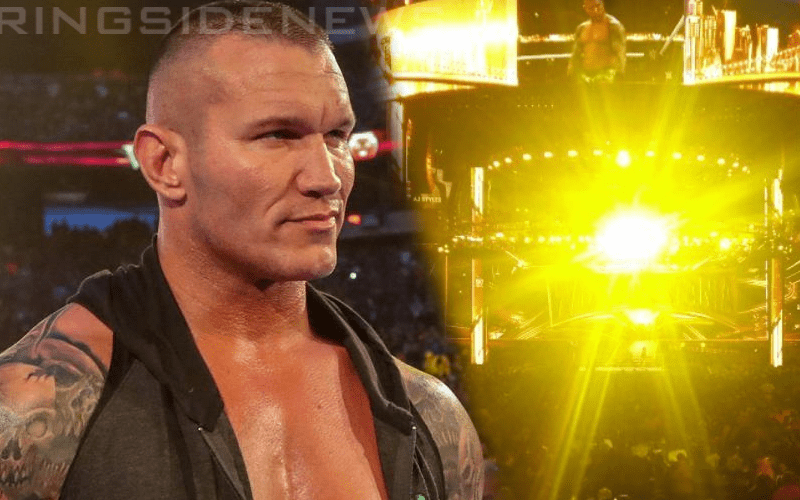 WrestleMania would have been a lot better for AJ Styles and Randy Orton if WWE would have turned out all of the lights during their match. A big yellow light remained on from The Viper’s entrance that blinded a huge portion of the crowd. After it was all said and done Orton had to apologize.

Even though it wasn’t his fault, Randy Orton still sent out a message to fans on behalf of the company. It sounds like he meant it too because that light was to blame for the live crowd being totally distracted which took a lot away from the match.

For the live crowd that saw this 👆🏼tonight during my match at #WM #wrestlemania at Met Life Stadium tonight, I would like to apologize on behalf of @WWE for screwing up and shining a bright light in your eyes for 95% of our match. You missed a really great fucking match.

Fans reported to us that if this light hadn’t been on then the AJ vs Orton match would have gone over way better. It wasn’t their fault, but Orton still had to apologize probably because he knew WWE wasn’t going to do anything considering the fact that it took them so long to turn the light off in the first place.