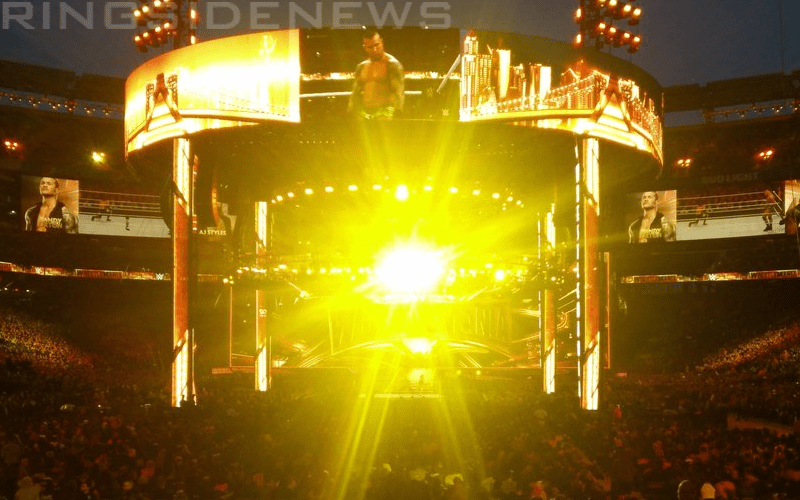 WrestleMania is a huge event with a very large set, but apparently, WWE needs to turn one light off.

If you noticed fans chanting really loud during AJ Styles vs Randy Orton and it didn’t make much sense, then now you’ll know why. WWE left one huge yellow light on during the match that absolutely blinded the entire crowd.

The fans were chanting “We can’t see” and “Turn the lights off” throughout the match. You can’t see it on television, but it is a big problem for people who paid for a seat in MetLife Stadium.