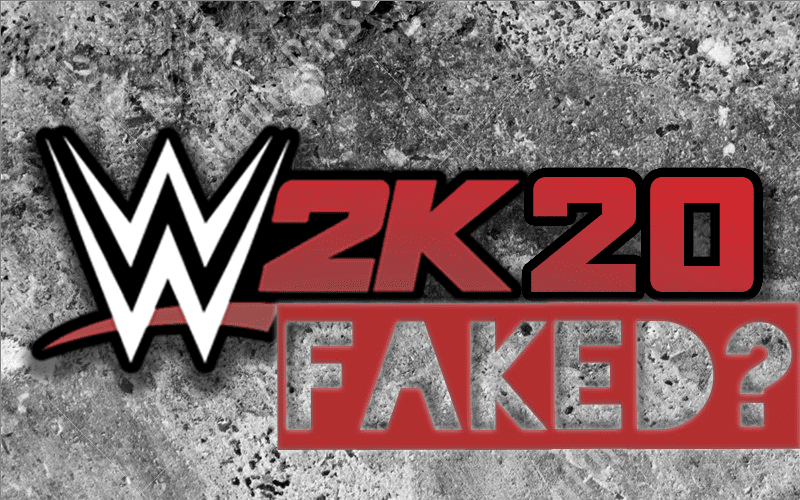 Fans really got their hopes up when a leaked document came out revealing some details about WWE’s next video game, however, upon closer inspection some big red flags are coming up that could mean this is a forgery.

We previously reported that this document contained some details about the cover star being Becky Lynch as well as a Showcase Mode featuring WWE’s Women’s Revolution. Chyna was also reported as the pre-order character.

As exciting as it might be if all of those previously stated things were true, we have reason to believe that might not be the case.

The document has several errors within it that could point to a fake. It is always possible that inner-department correspondences can contain mistakes because they aren’t meant for public release. However, it is still very suspicious.

The release date for the game on the document should read 2019 and not 2018. This is a pretty glaring mistake. There should also be some other minor technical spelling errors such as WWE vernacular not being followed like capitalizing the “S” in Superstar and not inserting a hyphen in “pre-order.” Road Dogg is also misspelled with only one “G” in this document and D-Generation X is also missing a hyphen.

As we previously explained that can be overlooked to a certain extent because if you’ve ever received an inter-department memo or document at work you’re probably well aware that you can go about nit-picking at small errors forever.

The biggest flaw to the logic that we found was that depending on when this document was supposedly circulated within Yuke’s Visual Concepts, there is a very slim chance that Becky Lynch would have already been decided as the cover Superstar. Because although Lynch was gaining some serious momentum in October, she didn’t really become The Man until Nia Jax broke her face during the go-home show before Survivor Series.

It was at that point when WWE decided to change their direction with WrestleMania 35 and make the main event match a women’t triple threat instead of Ronda Rousey vs Charlotte Flair. If this document came out a month prior to The Man’s iconic pose complete with a gory face then it makes it highly unlikely they would have had that foresight to make her the cover Superstar.

It is still very possible for Becky Lynch to receive the honor of cover Superstar on WWE 2K20 because she is arguably the most popular Superstar in the company. It would certainly match her boyfriend Seth Rollins as he was the cover Superstar for WWE 2K18, but we will just have to wait and see what happens in regards to WWE’s next installment in the 2k franchise.