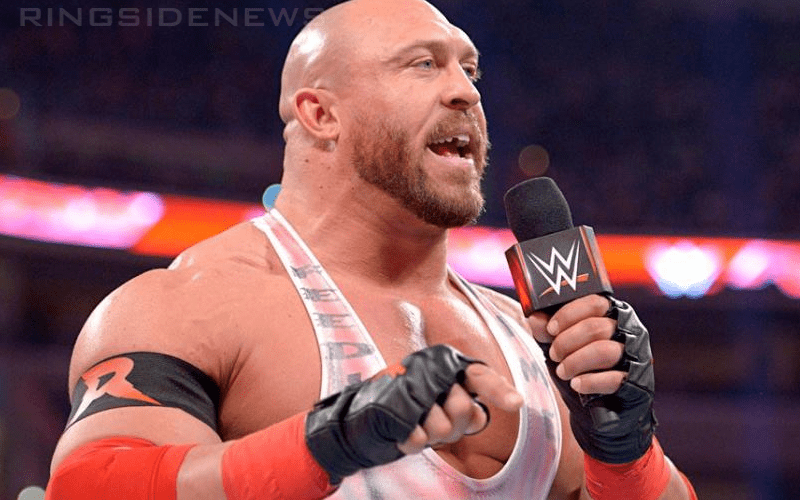 Ryback is no longer a WWE Superstar and hasn’t been with the company since 2016. However, that doesn’t mean he stopped caring about what goes on in the company.

The Big Guy recently revealed a threatening letter that WWE sent him demanding that he give up his social media accounts, inventory, and his name. Ryback was his name before WWE and he explained the entire situation for fans who still don’t understand his situation.

See a lot of people arguing over the document. Again this was in 2016, and I’m the registered owner of The Big Guy and Feed Me More, which I created before WWE. My legal name is Ryback Reeves, Ryback was created before WWE and there is video documentation of this.

The point of all of this was to show how they DEMANDED the social media accounts. They didn’t and don’t want me talking, and for good reason. I stand by everything I have said from day 1 and only want a better environment for the talent that hold @wwe together. Change will come.

Ryback also addressed people who are wondering why he is so passionate about WWE’s practices of abusing talent. He wants to see a wrestler’s union and explained that although he isn’t in the company he still has friends who are still locked into contracts.

So many are misinformed and so angry over things that aren’t facts. Your hate and energy is wasted over false beliefs. I speak up for my friends & those who came before because I care and I know, just like everyone inside those walls does. Quit putting @wwe on a pedestal.

Ryback isn’t likely to give up the fight. He has nothing to lose because he got to keep his name and WWE can’t do anything to him.

The Big Guy still wants to see a change for the benefit of people who are still “inside those walls” that Vince McMahon controls.