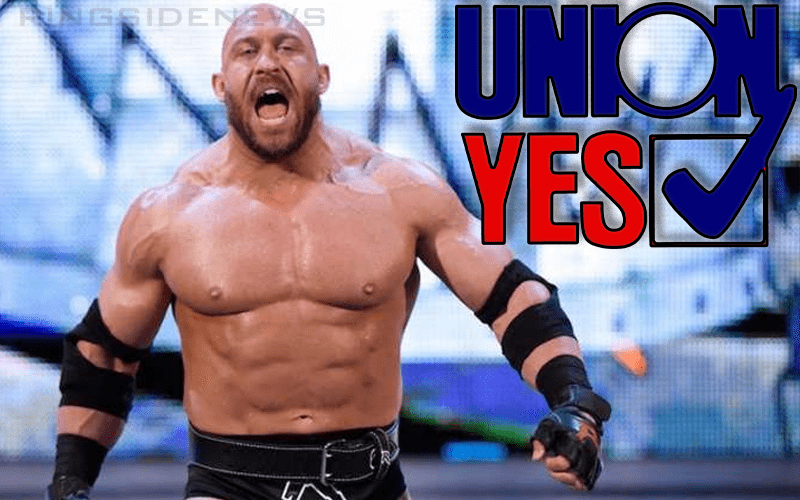 Ryback had to go through a lot before his WWE exit. Now he is not shy about discussing it at all.

The company pressured Ryback into dropping a malpractice lawsuit and then after he left they tried to further damage his livelihood. Because WWE’s attorneys sent at least one threatening letter to him demanding that he give up his name.

Ryback saw Ringside News‘ report on WWE forcing him to drop the malpractice lawsuit and he had more to say on the matter. He is calling for a wrestlers union to finally get off the ground. This is something that Vince McMahon probably fears to an exceeding degree.

This is something the entire world needs to be aware of. This was right before HIAC with Punk and financially was tight. The phone call that took place with @JaneGeddes directed from @wwe threatening my push and job if I didn’t comply was life changing. Karma is a bitch.

Again this all ties in to what @wwe will do to try and control talent with many other tactics they use. I left on my own and created my own freedom and I will make sure others who work there won’t go through what I had to. We have the power in 2019. A union must exist for talent

There is apparently a lot more that Ryback can say on the matter and it sounds like he is tired of holding back. Perhaps The Big Guy revealing so much about WWE’s inner-working will encourage fans who care about WWE Superstars to finally speak out as well.

Sponsors are hearing the fans’ voice now more than ever as illustrated by the recent Lars Sullivan situation.

Ryback is not the only one who WWE has taken advantage of over the years either as the company continues to develop more tactics to shut down Superstar complaints.