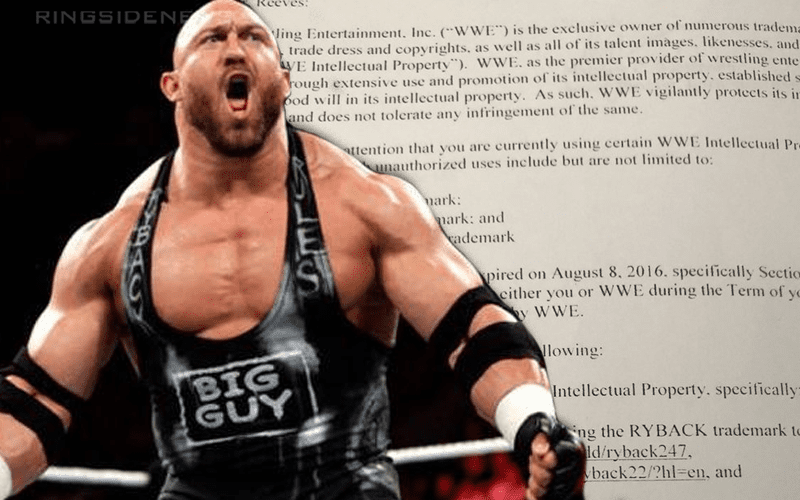 Ryback left WWE in 2016 for a multitude of reasons. Now we are getting a much better picture of why he left the company.

WWE is a billion-dollar company, but they implement some practices that most fans would not approve of in the slightest. It turns out that after Ryback left the company, WWE still wanted a big piece of his action.

The former WWE IC Champion recently revealed a letter that he received from WWE threatening legal action unless he handed over his social media accounts.

This is just 1 Document from @wwe where they tried to threaten me to HAND OVER all my Social Media accounts that I created. I have spoke the truth 100 percent on everything and have no reason to lie. Why would a multi billion dollar company need my social media you ask? #Power

The letter says that WWE is the exclusive owner of “numerous trademarks, service marks, trade dress, and copyrights, as well as all of its talent images, likenesses, and rights of publicity.” Therefore, WWE fired off a threatening letter to Ryback about what he was doing with his post-WWE career.

It was written in the document that: “It has come to WWE’s attention that you are currently using certain WWE Intellectual Property in an unauthorized manner.” These “unauthorized” usages included the Ryback trademark, the usage of the term Big Guy, and the Feed Me More trademark.

The company demanded that Ryback “transfer any social media accounts using Ryback trademark to WWE.” This would essentially leave Ryan Reeves without a social media audience. They also wanted his domain name.

It was also demanded that Ryback “cease the sale of any and all merchandise using WWE Intellectual Property” as well. This is something that he hasn’t done.

Ryback was obviously not happy about this. He is still using the same social media account and has a line of Feed Me More nutritional supplements which you can still purchase here.

As you can see, this legal scare tactic from WWE did not work on The Big Guy.