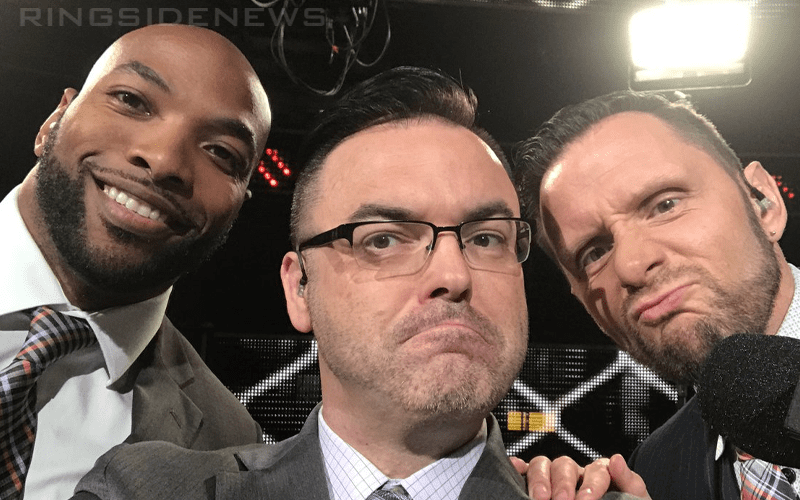 Percy Watson reportedly wants to quit WWE. At this time there has been no official word on whether he has actually been granted that release.

Mauro Ranallo spent a lot of time with Watson as the two called tons of NXT matches together. It is a sad thought that Percy Watson could be moving on, but Ranallo is wishing his friend nothing but the best of luck.

My man @WWEPercyWatson is class personified . His commitment to growing as an announcer was commendable . He will excel in any future endeavors. Thanks for being a great broadcast partner.

You’d be hard-pressed to find someone that has anything bad to say about Percy Watson. He started with WWE as a wrestler in FCW in 2009 before they changed to NXT. He left the company for a few years, but returned to become a voice on NXT’s commentary team. Now he wants to explore other options that are available to him.

We are certainly wishing him the best of luck as well. Hopefully, he will attain his WWE release and have an incredibly happy and successful career outside of WWE.