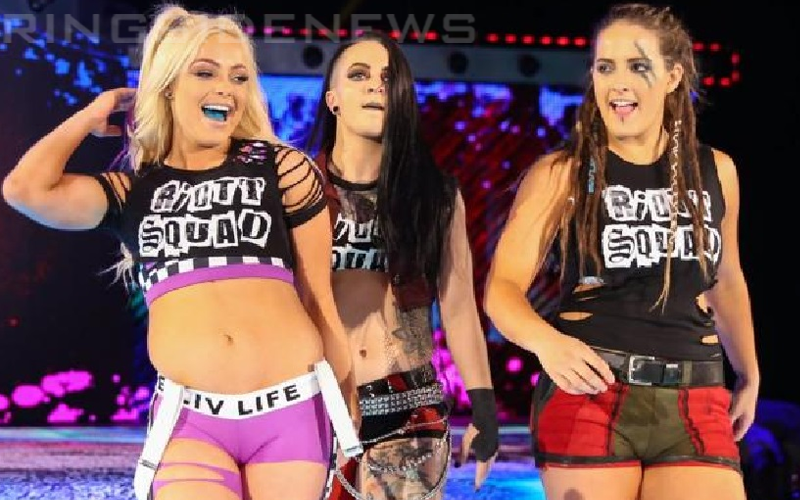 WWE is currently on their European tour and they are set to take over London on Monday and Tuesday for RAW and SmackDown Live. However, they might be doing it without a RAW Superstar.

Sarah Logan has not been on tour with WWE. Instead, Liv Morgan who was moved over to SmackDown Live has been working alongside her Riott Squad sister Ruby Riott on the tour. This could be the last time we see those two tag with each other for a while.

Morgan was asked by a fan where Sarah Logan has been during the current tour. She had a very interesting response.


Considering the fact that Sarah Logan is married to Erik (Rowe) of the Viking Raiders (War Raiders) it could make sense that they are doing Viking things. However, the type of “Viking business” that they could be up to might be interesting.

We heard reports a while ago that WWE was planning on filming some serious Viking vignettes with the team.

With The Riott Squad’s breakup some fans have speculated that Logan could join the Viking Raiders. This might make perfect sense and she would fit the team very well. They obviously love having her around and are a family.

Then again, the Riott Squad were a family too, but WWE ended that team. Hopefully, this means that the company has some plans for the three former Squad sisters.