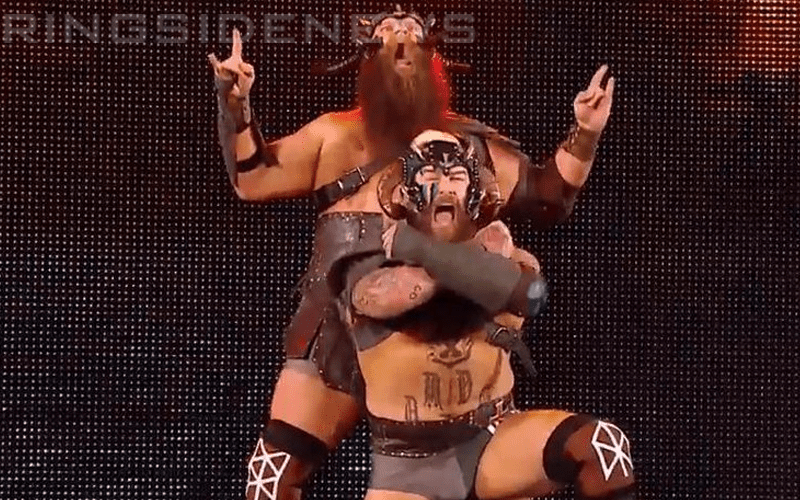 The Viking Experience is no more and now they are the Viking Raiders. It is a name change that came about because fans were very upset about the name change and WWE actually listened.

Mike Johnson noted on PW Insider Elite audio that WWE is planning to shoot some special footage with the current NXT Tag Team Champions. This will take place at a Viking festival so we can expect even more from this gimmick very soon.

“I was told that there are plans and I have to check on the timeline on this, but I was told there are plans to film Viking-related footage with the team at a Viking festival that is going on later this month. So we’re getting a full-on Viking for this sucker.”

Rowe and Hanson took part in many Viking events and they really do belong to that group of people. For that matter, the same is true for Erik and Ivar because they are the same people.

We’ve already seen plenty of shoot Viking footage from the War Raiders in the past. Now it looks like we are going to get the Viking Raiders doing the same thing. It is a good thing that WWE seems to be giving them this attention because they currently look poised to challenge the Raw Tag Team Champions Zack Ryder and Curt Hawkins at this point.