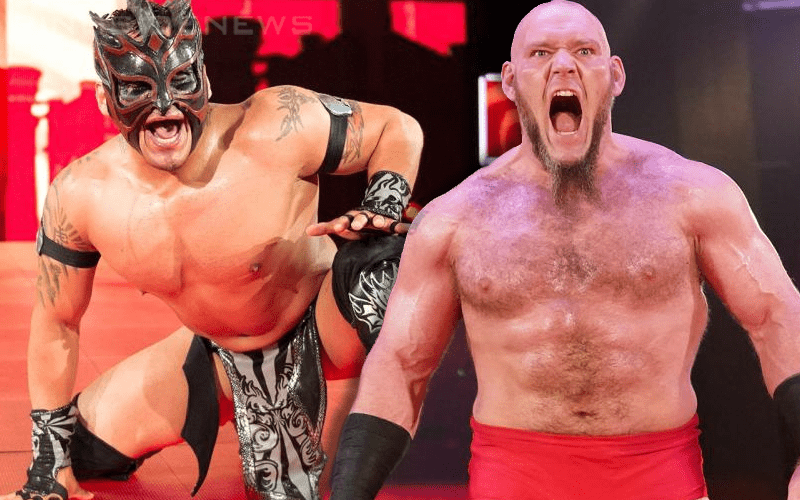 Lars Sullivan is a human demolition machine in the ring and a number of years ago he said things on a bodybuilding message board that could have wrecked his current career.

WWE doesn’t seem to care what Lars Sullivan said in those posts. They are actually hoping the whole thing blows over just like it did months ago when we previously reported this.

When Kalisto was asked about Sullivan, he had a very simple reply. The Freak just needs to avoid any contact with him because he’s latino.

He just needs to get out of my way….I’m Latino….

Lars Sullivan said a lot of things on those message boards that upset several minorities. Big E commented on what he said by stating that if it is true and he is a bigot then Sullivan will have to live with knowing this while working in WWE.

The company might be hoping this goes away because Vince McMahon has big plans for Lars Sullivan. However, The Freak still needs to use the same locker room with some people who might have read what he said and not think it was as funny as he did at the time he posted it.