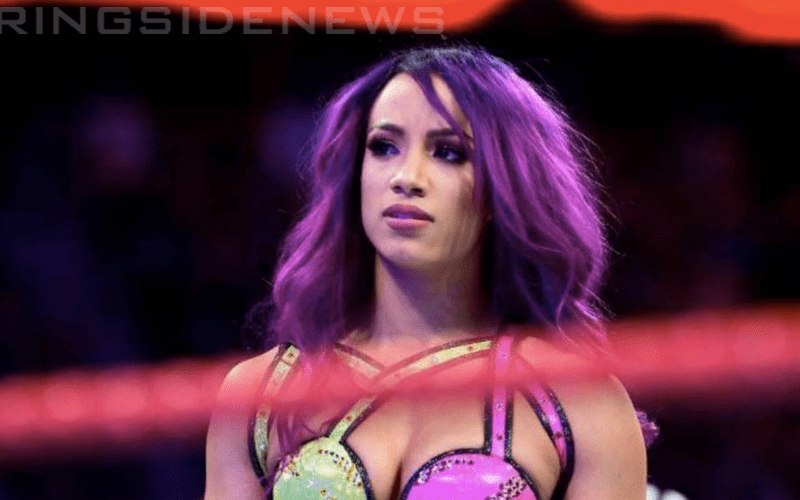 Sasha Banks hasn’t been seen on WWE television since WrestleMania 35. She told the company that she wanted to quit, but they wouldn’t let her. Instead, they gave her some time to think things over.

In the meantime, Bayley was moved over to SmackDown Live and things seemed to carry on without Banks around. The Money In The Bank ladder match spot initially intended for Banks was also apparently given away to Dana Brooke.

As we previously reported, Banks was listed internally as someone who would be on WWE’s European tour. Several WWE Superstars are already in the UK or on their way, but Sasha Banks is not.

PW Insider reports that Banks did not travel with the company to Europe for their upcoming tour. She was listed on the sheet, but there was no sign of The Boss.

In another interesting detail, Sasha Banks was also scheduled to take part in some promotional work for WWE 2K this week. However, it is unknown whether she showed up for that either.