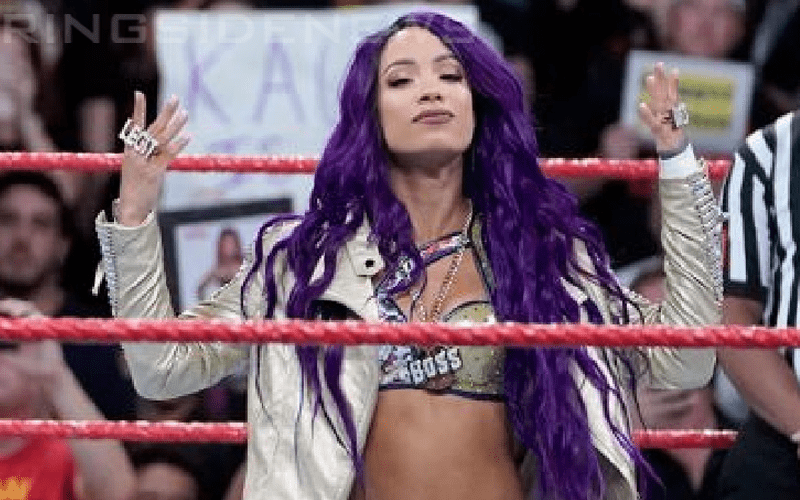 Sasha Banks’ status with WWE is said to be in a stalemate right now, but there could be some light at the end of the tunnel. There is a big tour coming up and she’s apparently supposed to be on it.

Mike Johnson reported during PW Insider Elite audio that Sasha Banks’ name is still “listed internally” as a Superstar who is expected to make the trip on WWE’s upcoming European tour.

One of straws that broke the camel’s back for Sasha Banks was the fact that WWE was breaking her and Bayley up. While they might not do a full Boss n Hug Connection reunion, putting Banks on the blue brand with Bayley might help things. This is a very interesting situation and we will have to see what happens next.

Then again, with Vince McMahon’s new Wild Card Rule we could see any Superstar show up on any given night.

The one thing Banks doesn’t need is for WWE to keep her under contract and freeze it due to her not being on the road. That would mean that her contract could theoretically go on forever.