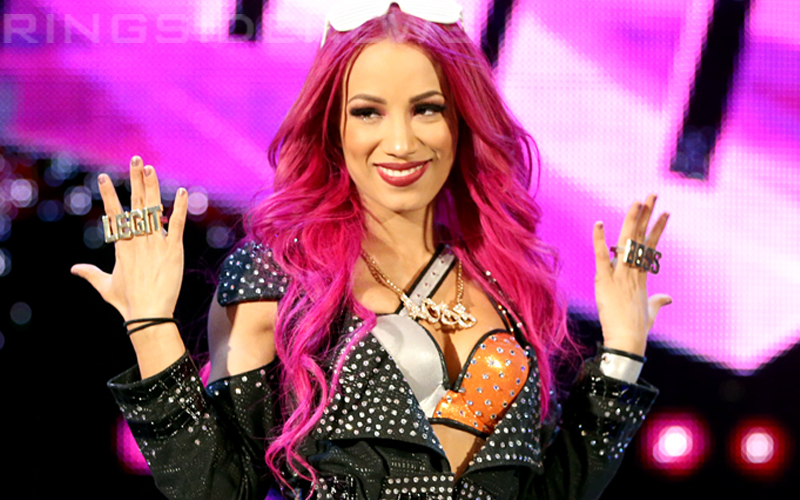 Sasha Banks wasn’t on RAW this week, but she was mentioned. Then Naomi took her place as Bayley’s tag team partner although she did speak up and say that she can never be a replacement for The Boss.

John Pollock said on Post Wrestling that WWE is remaining optimistic regarding Sasha Banks’ situation. The hope is that after giving her some time off then she will make a return.

It is also reported that WWE has hopes of having her back by the next pay-per-view which would be Money In The Bank on May 19th. However, nothing seems to be definite right now.

“I was told by one person that they hope to have her on the next pay-per-view, but nothing is set in stone in that regarding her status.”

Banks’ last match was at WrestleMania where she and Bayley lost the WWE Women’s Tag Team Titles. If that is her final match with WWE, then at least she went out at WrestleMania. Hopefully, they can work things out though, at least that is what WWE is thinking.

It was also noted that if she does return then RAW will be her home brand. We’re wishing Banks the best through whatever she is going through, but as she said in a hashtag #IfWeOnlyKnew.