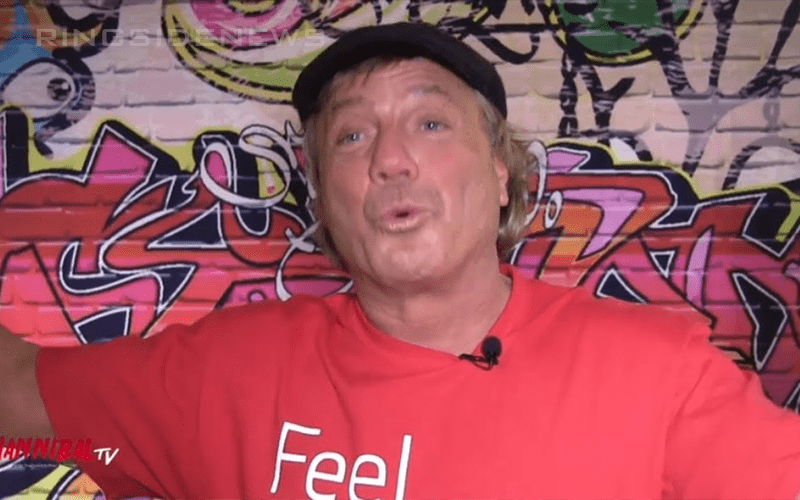 Marty Jannetty is a very interesting person to follow on social media. You really never know what he will post next and his life sounds like a fascinating mix of sex and having drinks with The Undertaker (those two interests have nothing to do with each other).

Jannetty has recently revealed how many women he’s slept with while saying that his significant other doesn’t appreciate the continued cheating. He also admitted that he would love to “entertain” a blind woman for a night. Now he is admitting to another interesting hobby: voyeurism.

The former Midnight Rocker said that he lost his phone while he was up on the roof checking out his neighbor sunbathing in the nude. Maybe Jannetty would still have his phone if he didn’t climb on a roof for a peep show?

Dude, where’s my phone?? Last I remember having it was at my neighbor girl’s house up on her roof because I could get a better view of her neighbor girl who was laying at her pool naked..but I went back and looked on her roof but it wasn’t there..

Now Jannetty has lost his phone which is a terrible place to be in. Let’s send out our best wishes that Jannetty is able to retrieve his cellular device.

One thing we are sure of here at Ringside News is that Marty Jannetty is a national treasure and his Twitter should be achieved in a secured way so all future generations can enjoy and learn from his life through social media.