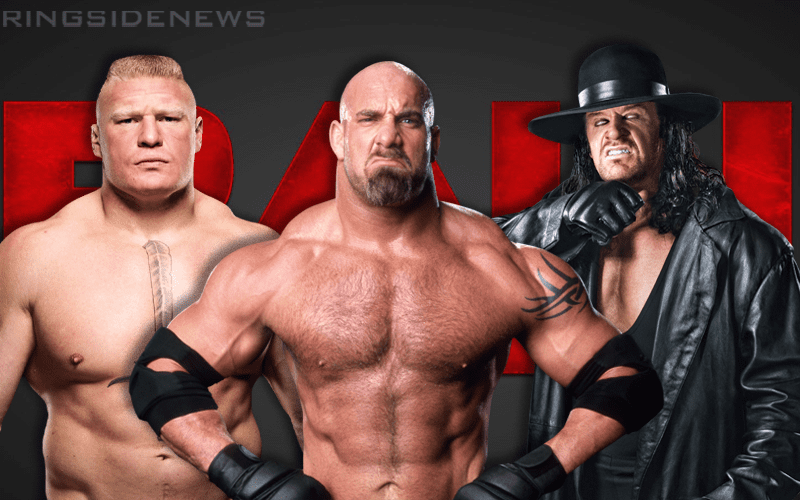 WWE needs to figure out how to pull their ratings up. They have some big names returning to the ring soon enough, but they’re all booked for a show in Saudi Arabia.

Dave Meltzer said on Wrestling Observer Radio that WWE’s plan to help the ratings might just involve bringing some of those big names back to television as a way to help build toward the next show in Jeddah.

“I think if they build it up, if they get before the Saudi show they’ll probably have a show where they bring in Undertaker, Lesnar, and Goldberg to television. I think that maybe that will help for like a week or two.”

The Saudi Arabia show is on June 7th which means if WWE can space out bringing in those big stars they might save themselves from another record low because of the NBA Finals. This could be WWE’s plan, but it’s not set or stone. It also isn’t guaranteed at all to help on a long-term basis.

Ironically, WWE’s dealings with Saudi Arabia is the reason why a lot of fans might have decided to leave the WWE Universe and either seek out another pro wrestling company to watch or just develop another interest altogether.