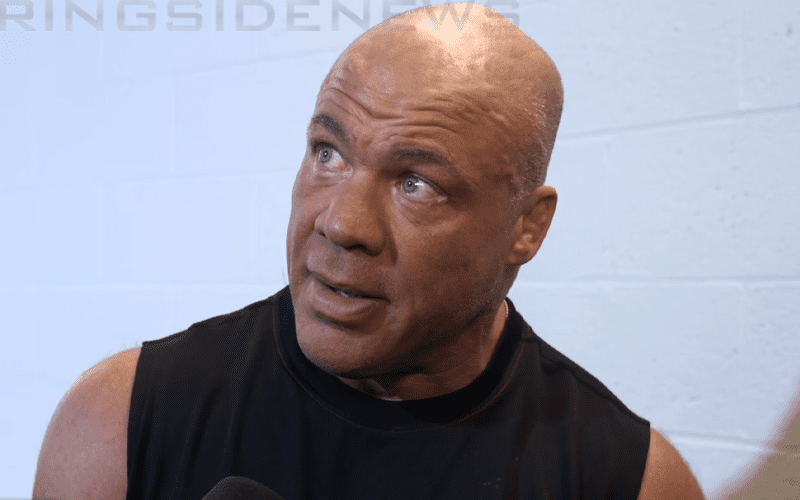 Kurt Angle recently signed a new five-year contract with WWE. This new deal will see the WWE Hall Of Famer take on the role of a producer with the company as well as possibly getting involved in some non-wrestling roles on television.

The new deal between Angle and WWE has a certain catch though because the company now has total control to limit Angle’s outside appearances.

Angle had to pull out of Starrcast as did The Undertaker and now it looks like Kurt Angle was forced to drop out of another announced appearance. This is par for the course as WWE does not want people making money off of names they helped establish.

WWE pulled Kurt Angle from the WrestleCade Weekend event. Unlike with Starrcast, WWE is offering no replacement for Angle dropping out.

Kurt Angle’s deposit was refunded and he will not be appearing. Brian Hawks, WrestleCade co-owner was told that Angle was pulled from the event due to their affiliation with AEW. However, they attest that the event actually has no official connection to All Elite Wrestling.

This might be a bummer for fans who wanted to meet Kurt Angle in November. However, this might only be the beginning of WWE being very restrictive of what they allow their Superstars to do while new competition is looming.