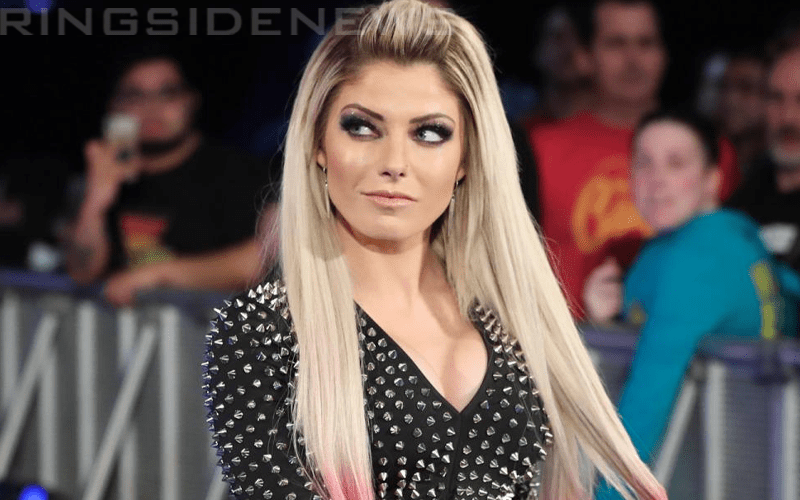 Alexa Bliss takes a lot of joy by having a bad girl character She has dipped her toe in the babyface pond a time or two, but in the end, WWE usually uses here to draw heat which is something she’s really good at.

Bliss recently spoke to People Magazine and she said that after playing a bad girl for six years it might be nice to switch up her character.

“I think it would be great. I would love the challenge of it. I’ve been playing a bad guy for six years and I’d love to try a different dynamic. But right now I’m just having so much fun. It’s fun being a bad guy.”

Alexa Bliss would certainly see more merchandise if she turned babyface. Because good guys get more merch. Then again, she sells way more items on the WWE Shop than the typical heel.

We will have to wait and see how WWE wants to let Bliss transition as her character continues to evolve. Either way she’s likely to continue on as the kind of bad girl that everyone loves to hate.