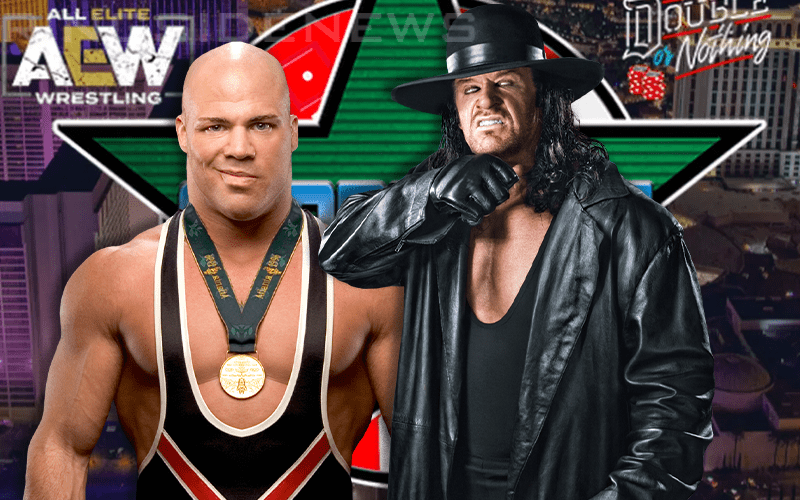 The Undertaker and Kurt Angle surprised a lot of people when they signed on to take part in the Starrcast II event. This was a rather shocking move because of how closely associated the event is with All Elite Wrestling’s Double Or Nothing event.

Now it appears that Taker and Angle will not be doing the Starrcast event and it is at WWE’s insistence.

Conrad Thompson spoke to SI where he confirmed that both pro wrestling legends will not be appearing at Starrcast and he explained the reasoning as well.

“The announcement went wide and viral. I was told it had gotten WWE’s attention and that Vince McMahon texted The Undertaker about the appearance. ’Taker’s representation, which is a company called Get Engaged, called to tell me, ‘WWE says he can’t do it.’”

“I had a friend discuss the situation with Vince McMahon, and I was assured the ‘heat’ wasn’t on me or my event but rather that The Undertaker shouldn’t be doing personal appearances outside of WWE,” said Thompson. “I was assured that damages would be covered, a suitable replacement offered, or some sort of compromise to make everyone happy.”

This has to be a huge let-down for fans who hoped to see both Undertaker and Kurt Angle at Starrcast, but it is understandable why WWE wouldn’t want them to be there.

Still, if WWE wasn’t so worried about AEW then they wouldn’t make this such an issue. If anything, with the company doing things like this it only cements the idea that Vince McMahon’s company does see AEW and is greatly interested in what they’re doing.