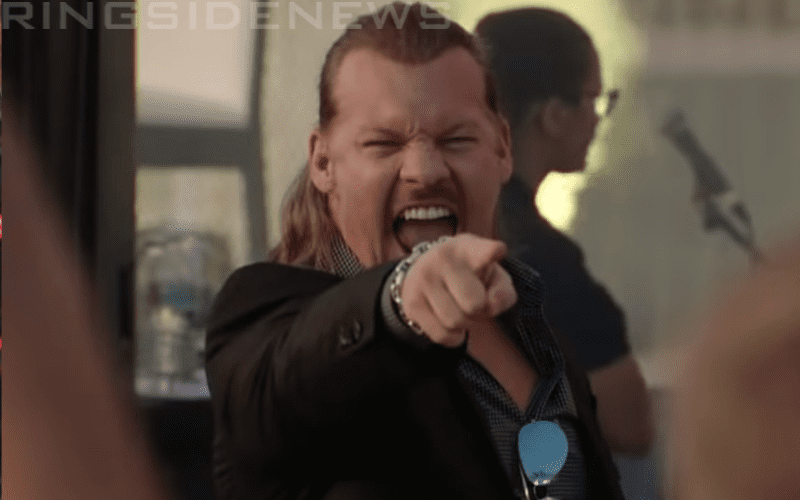 Lio Rush has been in conversation a lot recently. He is apparently off the main roster due to issues backstage. When Mark Henry spoke to Lio Rush about this heat, he denied it to his face.

Henry said even guys like Chris Jericho would have a bottle of water waiting for himself and everyone in the match with him including the referee after each contest. This is a sign of respect which is what pro wrestling is all about backstage.

One fan who might not have realized that Chris Jericho is a human being who checks his Twitter mentions tweeted out:

“I’m sorry, but if I was a big star in WWE, I would never make the young guys carry my bags. It’s an exercise in humiliation designed by bitter midcarders who need to constantly be told how great they are because they have little accomplishment to do it for them.”

Y2J saw this tweet. We know this because he responded in amazing fashion at this fan’s brave attempt to give his take on pro wrestling tradition.

Key statement there is “if I was a big Star in the WWE”. You’re not, so u don’t know the respect and dedication you need to make it in WWE. I never once “made” a young guy carry my bags. But I was shown respect every day. To disrespect the vets in any way is taboo in our biz.

Lio Rush apparently refused to carry things for the veterans which was a huge violation of locker room code. It resulted in some serious backstage heat for him as well along with other offenses.

Mark Henry used Chris Jericho as an example of someone who honored that locker room code, but there are many others. You can usually tell who respects that tradition by who gets genuine respect in the locker room.

Pro wrestling is all about paying your dues. Maybe Lio Rush could deserve a refresher course.