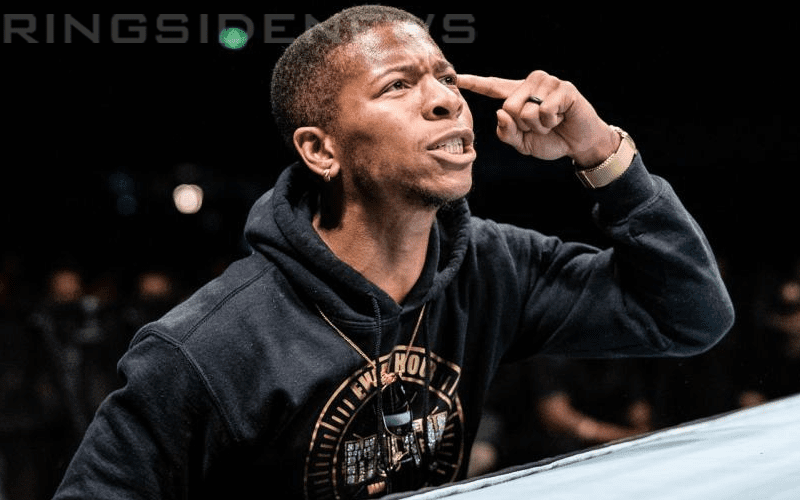 Lio Rush reportedly has backstage heat in WWE. Some of this heat is said to revolve around the fact that he wants his wife backstage at all times as well.

We previously reported that there was a backstage issue with Finn Balor as the current IC Champion apparently tried to reason with Rush, but it didn’t go well. This is really nothing new because we’ve reported on Lio Rush’s backstage issues in the past.

One report said that Rush is also wanting to get a reality television show with himself and his wife. However, it is said that it is doubtful that he will be back on main roster television.

The Man Of The Hour has responded to these reports as he tweeted out one simple word after the news broke concerning his backstage situation via Fightful.

This is not the best note to take away from this situation. However, it is also not a denial.

Hopefully, Lio Rush will be able to repair whatever is going on because the guy is extremely talented on the microphone and in the ring.