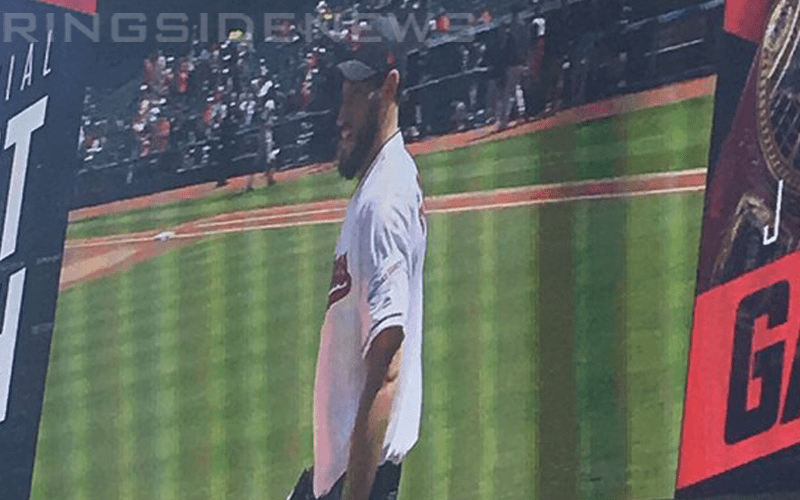 Johnny Gargano is an NXT Superstar once again after his partner on the main roster Tommaso Ciampa went out of action with an injury. This was terrible timing because they were just getting used to life on the main roster when it happened.

Gargano returned to NXT and captured the NXT Title in a two out of three falls match at NXT TakeOver: New York. This makes him the first-ever triple crown champion in NXT. Because Gargano had previously held the NXT Tag Team and North American Titles.

However, when he appeared at the Cleveland Indians game today, Gargano was referred to as a “WCW Triple Crown Winner” inside his graphic on the big jumbo screen. This was an apparent botch and a rather shocking one at that.

If anything, Gargano is looking good for his age if he was a triple crown champion in a company that ended in 2001.