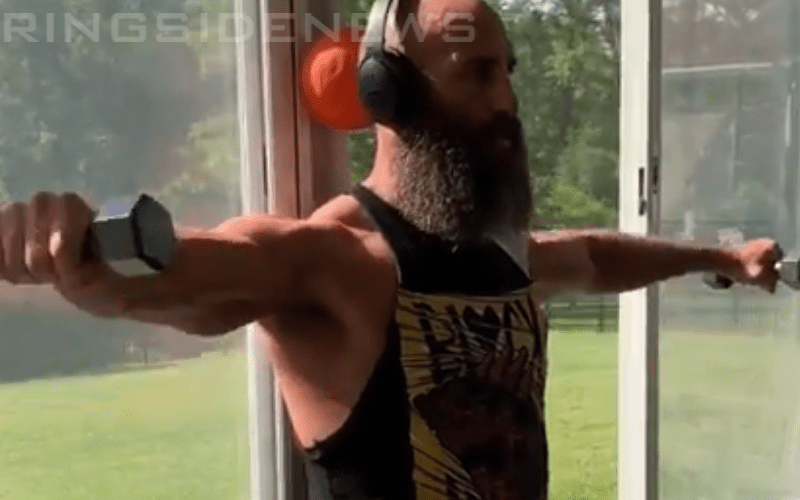 Tommaso Ciampa was on top of NXT, but he was injured. There was a plan for him to compete at NXT TakeOver: New York in a two out of three falls match to defend his NXT Title against Johnny Gargano before getting surgery, that did not happen.

Vince McMahon looked at NXT and wanted their four best workers and Ciampa was one of them. After two weeks on the main roster, Tommaso Ciampa was injured and needed neck surgery immediately. Johnny Gargano was sent back down to NXT and promised to take good care of Goldie after winning the title in an amazing match against Adam Cole.

Now Tommaso Ciampa is healing from a neck surgery, but it looks like he is already doing well enough to start some light working out. As he rehabs his injury, Ciampa posted a video of himself lifting some small weights with his neck propped against the wall.

This is a great sign that we could be seeing Tommaso Ciampa again soon enough. He was told by doctors that he is working with borrowed time, so that is a bit worrisome. However, it looks like he is remaining focused on getting back into the ring very soon.

In the meantime, we will just have to enjoy things the way they are as we continue to wish Ciampa the best of luck.