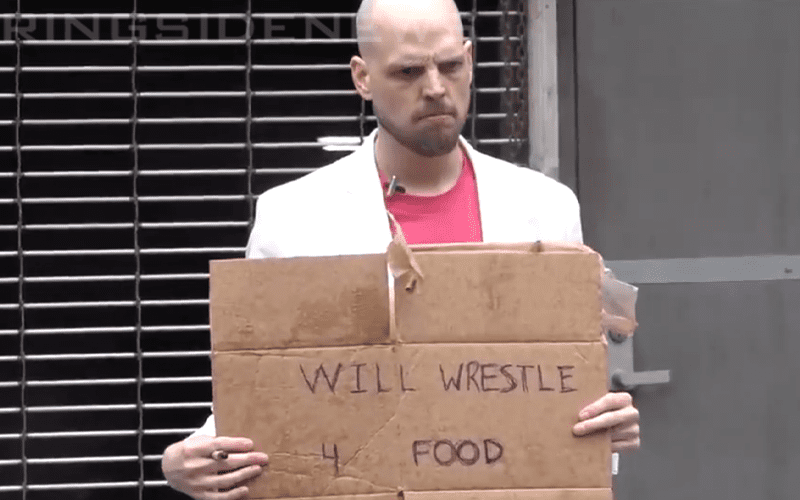 He reportedly enraged Vince McMahon after Bret Hart mentioned Mr. McMahon in his speech while thanking him for giving the Hart Foundation a chance. McMahon doesn’t like hearing his name at all during the HOF so he went ballistic backstage in the Gorilla Position.

Evans quit WWE before he could be fired. This was his story, but no matter how it went down Robert Evans is still gone from WWE.

He posted a rather funny video last night about his WWE departure. While making fun of the fact that he can’t even say Vince McMahon’s name in his personal life, he then dumped all of his belongings out of a cardboard box he was given and wrote “Will Wrestle Orange Cassidy For Food” on the cardboard.

He is also now going with the moniker of “Quitman” to coincide with the speech that caused him so much trouble in WWE and the fact that he quit the company.

Then Robert Evans proceeded to stand on the side of the road with that sign. It is a pretty great video full of tons of insider references that you can check out below.