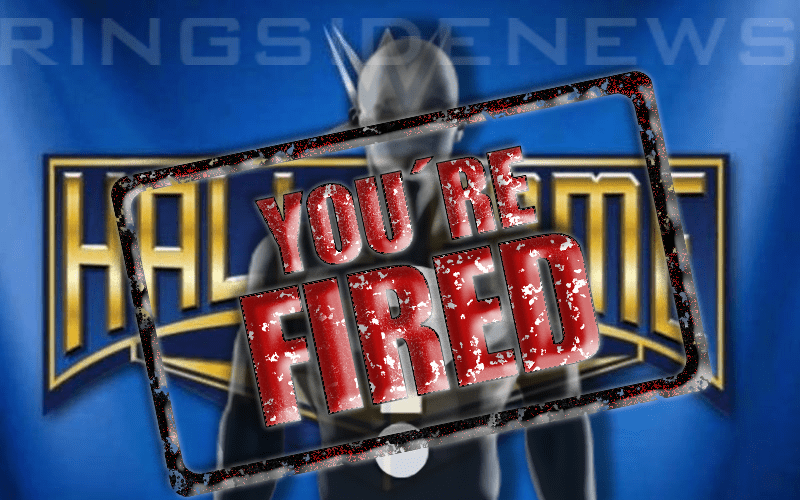 WWE can be a complicated workplace and there was a report that writer Robert Evans was fired backstage during the WWE Hall Of Fame. This is no place to lose your job and the reasoning is said to be even stranger.

Evans was reportedly fired from WWE over Bret Hart’s Hall Of Fame induction speech. It was said that this had nothing to do with a rogue fan rushing The Hitman and tackling him down either. This firing was caused by Vince McMahon being mentioned and praised during Hart’s speech.

Vince McMahon apparently doesn’t want his name brought up during the WWE Hall Of Fame. Since Evans wrote and produced the Hart Foundation’s induction segment he took the blame. However, he has fired back at this report saying that he was not terminated.

Robert Evans put out an “official statement” on Twitter where he simply said: “I quit WWE” followed by his grocery list. Balloons is an interesting purchase at the supermarket seeing how much they inflate those prices (pun intended).

We might not know exactly what happened unless Evans can expand on that three-word official statement. However, it is very interesting to note how D-Generation X made a bit about mentioning Vince McMahon during their induction speech and how much he hates it.