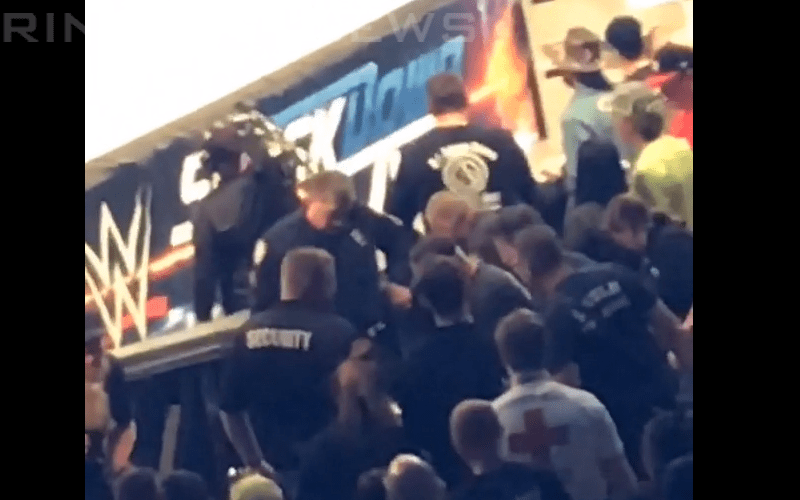 SmackDown Live opened up this week with a Shane McMahon segment that featured Roman Reigns coming out to face him. McMahon wasn’t happy about how Roman assaulted Vince McMahon last week on the blue brand and Elias soon came out to jump Reigns. However, the real drama might have been going on at ringside.

Seiff4242 on Reddit posted that paramedics were at ringside during the Roman Reigns and Shane McMahon segment that opened the show. Along with footage which you can see below, it was said “99% sure someone ringside died.”

This is a terrible story and we hate hearing it. Hopefully, everything is okay, but it is said that they are pretty sure someone passed away during the opening of the blue brand’s show this week.

99% sure someone ring side just died at smackdown in lincoln. he was getting cpr by paramedics the entire Shane and Roman segment and was carried out with a blanket over his body.

In regards to how WWE handled this tragedy at ringside in the crowd, they carried on with business as usual and just didn’t shoot the fans or the commotion.

They acted like nothing was happening and obviously never pointed the camera towards it. At least half the crowd was focused on it.

This story is very sad and our thoughts are with the fan’s family right now.

Hopefully, paramedics were able to further assist this individual after they got them out of the arena and everything is okay, but this is still an incredibly horrible story to hear.