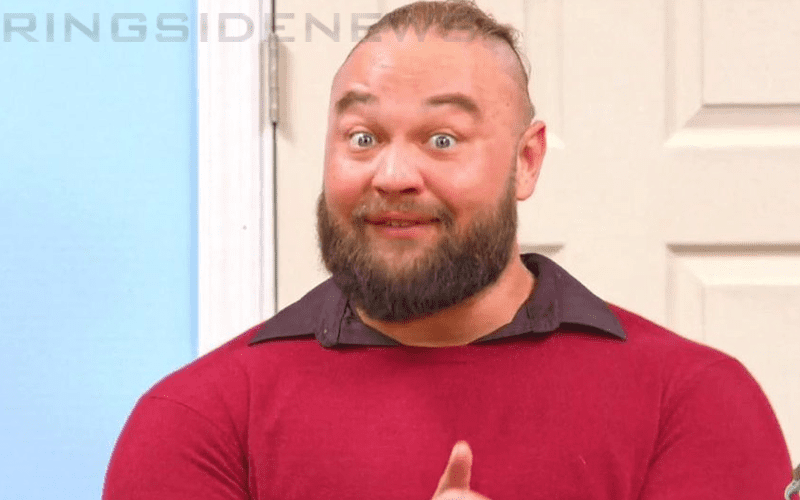 Bray Wyatt returned to WWE television this week as the host of a twisted children’s show called Firefly Fun House. This segment broke the internet and plenty of people loved it. There were detractors, but the overall consensus is that people are now talking about Wyatt in a big way which is a good thing.

Brad Shepard said on Oh, You Didn’t Know that WWE has some very interesting plans for Bray Wyatt and his gang of creepy puppets.

“I spoke to a source in WWE who told me the idea behind Bray Wyatt’s new character was essentially Mr. Roger’s Neighborhood meets Dr. Jekyll and Mr Hyde. The idea is for him to be the creepiest and the scariest character that they’ve produced in recent history and for him to be unbeatable for the foreseeable future.”

This will be incredibly interesting to watch unfold on television. Bray Wyatt needs to be pushed in a big way to go with this new gimmick. If WWE plays their cards right his new persona could be even bigger than his Eater Of Worlds gimmick as well.

Only time will tell if WWE will allow Bray Wyatt to do everything he can with this new gimmick. There was some concern that WWE pulled the plug on the new Firefly Fun House already, but the fact that they aired the vignette again on SmackDown Live is a very good sign that he will be sticking around.