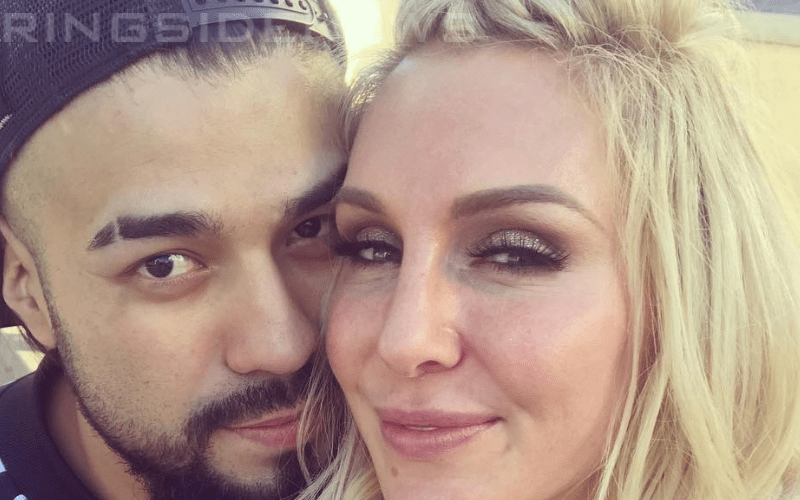 Charlotte Flair and Andrade are a real-life couple in WWE and one of many. Ringside News was the first to confirm this and we were also coincidentally the first to point attention to the obvious engagement ring that Flair has been sporting recently as well. Now others are paying attention in a big way.

Andrade was moved to RAW as part of the Superstar Shake-Up only to be moved right back. This flip-flopping of brands had Flair’s fingerprints all over it and Brad Shepard soon confirmed these assumptions by reporting that Flair used backstage her pull to get Andrade back on the blue brand.

Now TMZ has picked up the story, however they were not able to get anyone to confirm or deny their engagement. It is said that Flair and Andrade are getting serious which is something we knew already as well.

The interesting part is that they couldn’t get anyone to tell them that Charlotte Flair and Andrade weren’t engaged. As we previously reported, the plan was to announce their engagement next month, but Andrade getting moved to the red team and back again caused them to jump the gun a little bit. Also, the fact that Flair has been rocking a ring on her left hand’s ring finger in Instagram photos was a pretty big clue too.

It is said that Ric Flair and others in WWE think this relationship is moving too fast, but that seems to be fine for the two love birds. Because they are both on the blue brand and seem quite happy.

We’re wishing Andrade and Charlotte Flair the best of luck. Hopefully, they will be able to make it work, but being on the same brand will certainly help things for them.