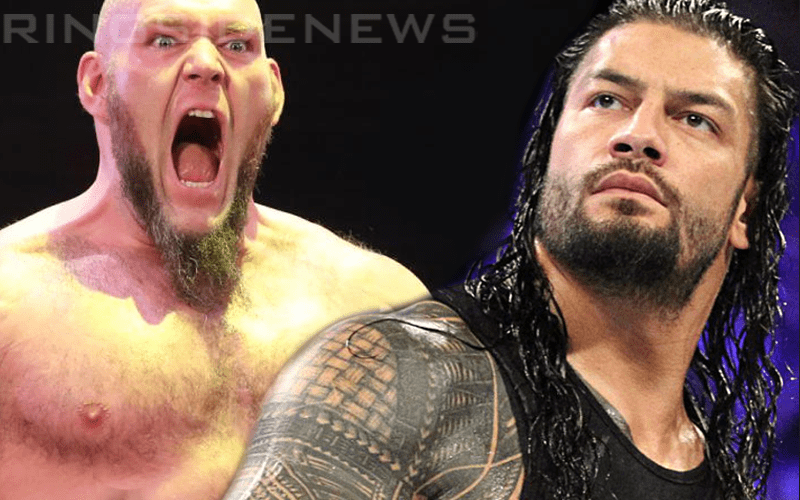 Lars Sullivan is a very interesting person. We have covered his body building message board days in the past to illustrate what kind of colorful language he can use on social media. He can also take some pretty brutal shots at people like Jeff Hardy and Bobby Lashley just to name a few.

Sullivan finally found his way to the main roster after having some anxiety problems that caused his WrestleMania program with John Cena to be nixed. He is now on the main roster and a resident of SmackDown Live.

Roman Reigns declared that SmackDown Live is his yard now during the conclusion of the Superstar Shake-Up. Lars Sullivan tend to think differently.

When a fan commented to Sullivan on Instagram saying that he is in Roman Reigns’ yard, Sullivan had a very interesting reaction.

This is great form from Lars Sullivan. He’s done nothing but be a destructive force so far and maybe that’s WWE’s plan. Because god only knows what The Freak will say when Vince McMahon finally puts a live microphone in his new monster’s hands.