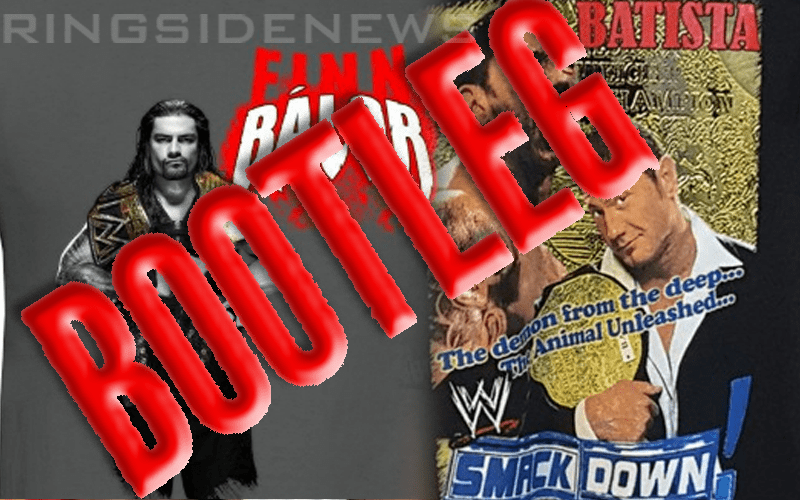 WWE doesn’t like it when people sell merchandise with their logo on it when they aren’t making money out of the deal. It’s understandable that they would feel that way so they went to court over it and got a big win.

PW Insider reports that WWE was successful in getting an injunction order in the US District Court of New Jersey on April 15th to prevent people from distributing and selling counterfeit merchandise with any WWE trademarks over the next year. They also have the power to get local authorities to assist in confiscating those bootleg items if found being sold.

It is further noted that WWE expects to be able to do this next year in Florida as well when WrestleMania 36 is held in Tampa.

WWE filed an injunction bond in the amount of $10,000 and the order will remain in effect until March 2020, at which point WWE will likely pursue a similar order in Florida, where Wrestlemania 36 will be held.

This is a big win for WWE and will also help fans be able to tell the difference between the real article and a knock-off. That way nobody will be buying any “Roman Rains” or “Becky Lunch” merch around an arena where WWE is holding an event.