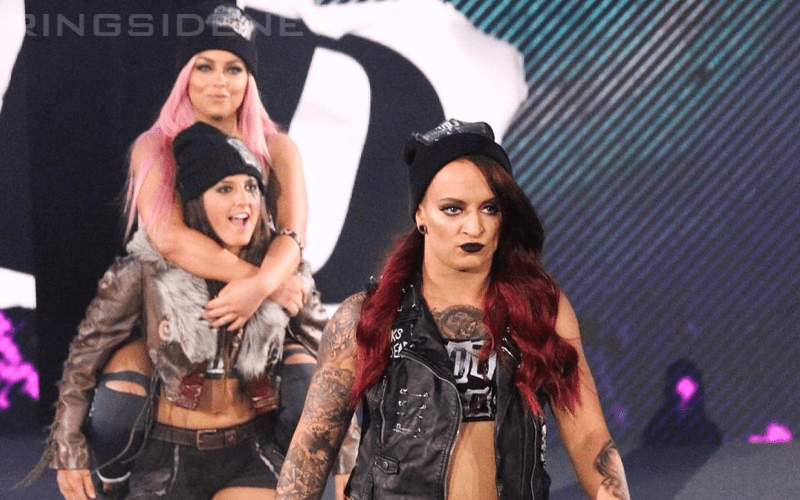 WWE wasn’t done shaking up the SmackDown roster after the show was over. Because they still had 4 more people to added to the blue brand.

If you want full SmackDown Live results from the Superstar Shake-Up click here.

They already added 8 Superstars to the SmackDown Live roster throughout the show this week. It was capped off by Roman Reigns being the biggest addition to the list. After the show was over, WWE added Liv Morgan, Mickie James, Chad Gable, and Apollo Crews to the list.

Moving Liv Morgan over to SmackDown Live effectively ends The Riott Squad’s run as a trio. This is a rather surprising announcement especially considering how it was made after the show via an announcement on WWE’s website.