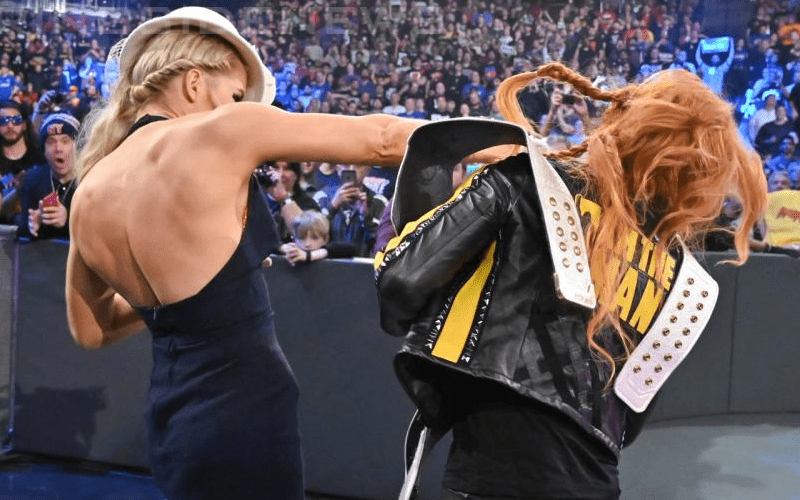 Lacey Evans hasn’t been a fan of Becky Lynch for a while. She’s thrown shots at Becky calling herself “The Man” because Evans is the Lady Of WWE. Now Lacey Evans will get the chance to put her money where her mouth is as she faces Becky Lynch.

Although a match between the two hasn’t been confirmed it is looking likely. Evans has attacked Becky Lynch on two occasions and left The Man a little bit shell-shocked last time.

Becky Lynch took a shot at Evans for falling into Vince McMahon’s stereotype of who he likes to push. Lacey Evans couldn’t just sit back and let that happen as she responded like a Lady.

Typical…blame it on the company. I just stood toe to toe with “a man” while wearing a pair of high heels.

Imagine what I will do to you when i take them off…..

It will be very interesting to see what WWE does with Lacey Evans. She has a tremendous back story and could do a lot in WWE. Vince McMahon is also said to be very high on her too. Whether he likes her enough to defeat Becky Lynch and become the new champ champ or even a single champ remains to be seen.