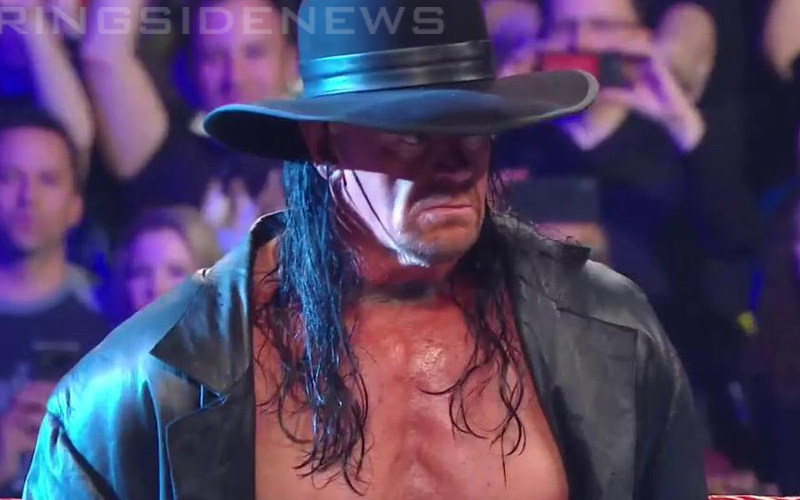 The Undertaker made it to New York for WrestleMania, but he didn’t appear on the show of shows. All of that changed the next night in Brooklyn for the Raw After WrestleMania.

If you want our complete results for the Raw After WrestleMania please click here.

Elias came out and he wanted a concert, but he didn’t need a guitar. He rapped a few bars to show John Cena how easy it was after the Dr. Of Thuganomics interrupted his WrestleMania concert. He said that the next person who interrupts him is a dead man and that’s just who came out.

The Undertaker’s music hit and Big Evil came out with a full entrance. The crowd was awe struck and full of adrenaline. Then The Dead Man got in the ring as Elias backed into a corner.

They had a stare-down before Elias carefully stepped through the ropes to leave only to hesitate and get back in the ring. Elias took off his jacket and his wireless microphone pack before turning to face Taker.

The two stood face to face for a moment before Elias turned to leave again and then he charged The Undertaker to eat a big boot and a chokeslam. The Undertaker hit a tombstone before his music started again and he made his exit.